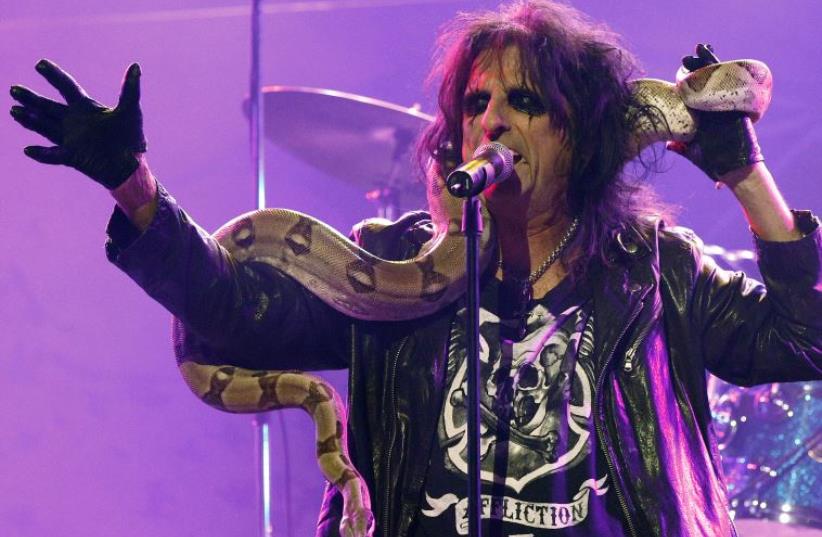 Alice Cooper
(photo credit: REUTERS)
Advertisement
As part of his “Raise the Dead” 2016 tour, musical legend and master of the macabre Alice Cooper will share his unique rock concert theater with local fans when he performs at Tel Aviv’s Bloomfield Stadium on June 16.With a career spanning over five decades, the eclectic artist with a penchant for ghoulish stage shows and gender-bending wardrobes has influenced such other powerhouse musical acts as KISS, Marilyn Manson, Rob Zombie and Ozzy Osbourne.The 68-year-old Cooper has been dubbed “the world’s most beloved heavy metal entertainer” by Rolling Stone Album Guide, for the reason that Cooper’s horror imagination knows no bounds – he expresses it through costumes, props and acts that employ electric chairs, boa constrictors and guillotines.Born Vincent Damon Furnier in Detroit, Cooper formed his first band in high school and by the late 1960s had caught the attention of guitarist Frank Zappa. In 1971 Warner Bros. signed Alice Cooper, the band, to a record contract. Over the next several years the group released a succession of hits, such as Killer (1972), School’s Out (1972), Billion Dollar Babies (1973) and Muscle of Love (1974).In 1974, Alice Cooper, the musician, split off from his bandmates and took the name with him. The following year he released his first solo album, Welcome to My Nightmare, which earned him continued critical praise and commercial success, as did 1976’s Alice Cooper Goes to Hell.Cooper’s iconic rock anthems include “I’m Eighteen,” “School’s Out,” “Poison” and “No More Mr. Nice Guy.”For tickets visit www.leaan.co.il or call *8780.