"A party that murdered 1,800 of its own people...can not moralize," stated MK Michael Oren [Kulano]. 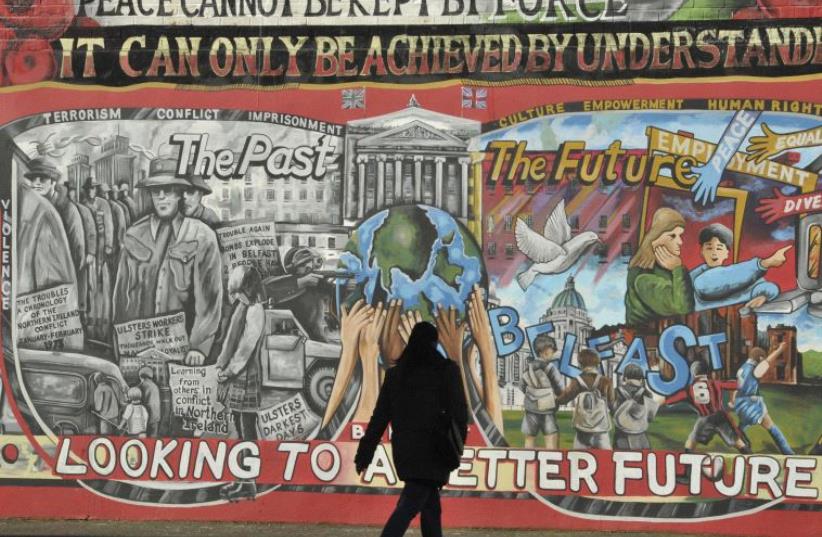 Belfast, Northern
(photo credit: REUTERS)
Advertisement
Irish Senator Niall Ó Donnghaile [Sinn Féin] called on the Irish Football Association (FAI) to withdraw from the upcoming games because they are to take place in Israel. Speaking on Thursday with the Belfast Telegraph, Donnghaile claimed that "Israel is an apartheid state which is involved in the slaughter of Palestinian civilians." In response, MK Michael Oren [Kulano] took to social media on Friday to respond by saying that: "A political party that murdered 1,800 of its own people, and is active in a country divided in two due to civil war, can not moralize to a country where Jews and Arabs live in together side by side."


Sinn Fein also called to cancel Northern Ireland's friendly match against Israel on September 11, yet the two teams played as planned and the Northern Irish team defeated Israel 3 to nil. Sinn Fein, which means "We Ourselves" in Irish, is an Irish political party that holds that Northern Ireland should be a part of the Irish republic and not, as it currently is, a part of the United Kingdom.This position lead to the Irish Civil War (1922- 1923) in which hard-liners from Sinn Fein rejected the Anglo-Irish treaty that lead to the creation of the Irish Republic and took arms against Irish Republicans who wanted to secure Irish independence even if it meant leaving Northern Ireland out.  Roughly 2,000 Irish citizens died on both sides during the war, which is the figure Oren is using.  Even after the Irish Civil War ended, Sinn Fein claimed, that Northern Ireland should be a part of Ireland. Terrorism meant to make the British yield control of Northern Ireland did not end until 1998 when the Good Friday Agreement was signed. In 2017 Jewish News reported that the Democratic Unionist Party of Northern Ireland is highly supportive of Israel, possibly due to the mutual suffering of both groups due to terrorism.