Five experts who have had a significant influence on Israeli medicine. 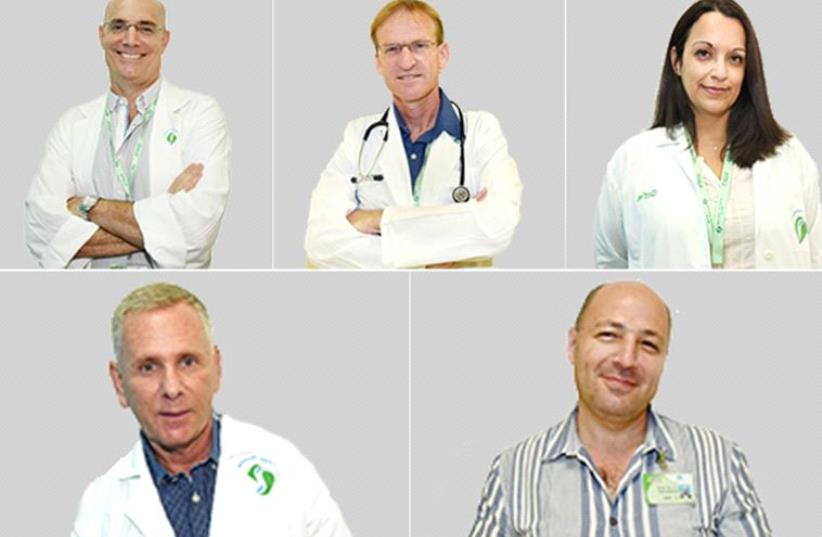 From left to right: Prof. Eyal Sheiner, Prof. Aviv Goldbert, Dr. Anat Horev, Prof. Ohad Birk and Dr. Yuli Trager
(photo credit: PR)
Advertisement
Israeli medicine moved forward significantly in the year 5776 and is continuing on that path into the New Year in large part due to the contribution of the doctors at Soroka Medical Center in Beersheba.In conjunction with The Jerusalem Post's list of the 50 Most Influential Jews, we have compiled a list of Soroka's most influential doctors who are helping to put the spotlight on Israeli medicine.

Prof. Aviv GoldbartSpecializing in the treatment of sleep apnea. Professor Goldbart heads Soroka's Pediatrics Department and is also the head of Israel's pediatric clinical society. He has helped hundreds to thousands of children suffering from sleep apnea in the last decade.Dr. Iuly TreagerDr. Treager is the head of Soroka's Rehabilitation Department. Not only is he in charge of the department, but he was key in establishing it in 2015. Treager helps those struck by trauma or illness get back to their families and their jobs.Dr. Anat Horev

Dr. Horev is an interventional neuroradiologist who heads Soroka's Stroke and Interventional Neurodiology unit. She has helped save many patients through the implementation of a procedure called brain catheterization.Prof. Eyal SheinerProffessor Sheiner is chairman of Soroka's Obstetrics and Gynecology B Department. Sheiner takes pride in helping women give birth, making their dreams come true.Prof. Ehud BirkProfessor Birk heads Soroka's Genetics Institute, as well as the hospital's Fisher Genetics Counseling Unit. His lab has deciphered the genetic codes for more than 30 human diseases.Click here to see The Jerusalem Post's 50 Most Influential Jews list.Click here for more information on Soroka Medical CenterThis project was carried out with support from Soroka Medical Center.