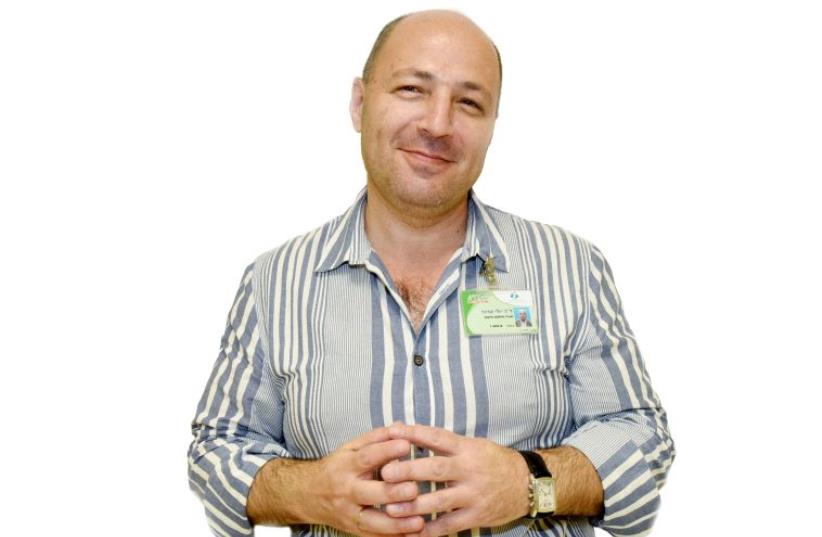 Dr. Iuly Treger
(photo credit: Courtesy)
Advertisement
Rehabilitation for residents of the South used to mean several weeks or months spent far from home.All that changed thanks to Dr. Iuly Treger, the head of Soroka Medical Center’s Rehabilitation Department. He was instrumental in the department’s 2015 establishment. The Rehabilitation Department includes a multidisciplinary staff: a designated rehabilitative nursing staff, physiotherapists, occupational therapists, speech therapists, social workers and a rehabilitative psychologist. The department also houses innovative advanced equipment ready to serve the patients and staff.As of today, the department has 20 beds until construction on the rehabilitation building, which will have 36 beds, is concluded, and on whose planning is currently being worked on.Hundreds of patients have been successfully treated in the department over the past year, in all areas common to rehabilitative medicine: orthopedics, rehabilitating amputees, those suffering from head injuries, strokes and spinal injuries, oncological patients, those suffering from difficult diseases and recuperating from heart, lung and bowel operations and more.The Soroka Medical Center, the southern region’s leading and only hospital, cares for a population of more than a million residents including trauma victims and patients receiving emergency medical care in our life saving array and hospitalization wards and which are in need of rehabilitation. Since the department opened, it has successfully treated hundreds of patients who have been able to receive rehabilitation close to their homes and families, and following every leading professional principle in medical rehabilitation.In his 25 years at Loewenstein Rehabilitation Center in Ra’anana, Treger saw how difficult it was for patients and their families to be far from home. Some family members, he noted, would commute daily from the South. Now, with the center up and running, the difference has been clear as family members are able to be close by and provide support during the recovery process.He sees his duty as helping patients who have undergone a trauma or illness make a recovery and go back to being independent people; go back to their families and their jobs.  Although the department currently only has 20 beds, Treger said that nobody has wanted to be transferred for rehabilitation in other facilities further north. Despite all the medical technology available nowadays, he said, it is of the utmost importance for doctors to view their patients in a compassionate way. He advised future doctors to look away from their computers when treating patient, and “look into their eyes, and listen to them.”
Click here to see The Jerusalem Post's 50 Most Influential Jews list. Click here for more information on Soroka Medical CenterThis project was carried out with support from Soroka Medical Center.