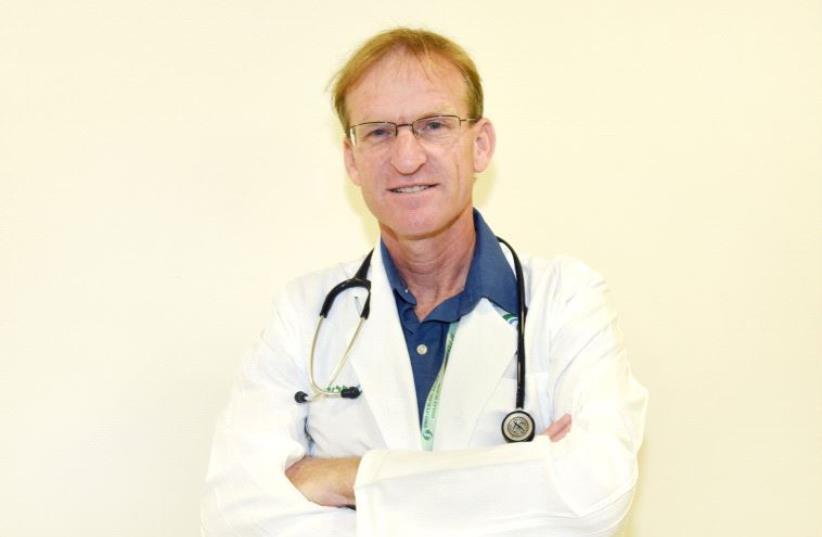 Prof. Aviv Goldbart
(photo credit: Courtesy)
Advertisement
Professor Aviv Goldbart is the head of Soroka Medical Center’s department of pediatrics and head of the Israeli pediatric clinical society, specializing in treating children with sleep apnea.As a pediatric pulmonologist and sleep disorders specialist, Goldbart has spent the past 15 years working on non-invasive means to treat sleep apnea in children without the need for tonsillectomy. He estimates that the treatment he gives has been able to help hundreds to thousands of children with the issue in the past decade, thus avoiding surgery. Goldbart said that his ongoing research is looking for new medications to treat sleep apnea. In addition to this, Goldbart studies in his lab the role of inflammation in children who snore or have obstructive sleep apnea thanks to a grant from the Israel Science Foundation.He said that being a pediatric doctor means taking care of patients 24 hours a day, seven days a week. “And I mean 24/7,” he told The Jerusalem Post. “I realize that we cannot help everybody, but I will do everything that I can to help anyone under my care at any point in time.”
Click here to see The Jerusalem Post's 50 Most Influential Jews list.