Following violence in Gaza, South Africa recalled its envoy in Israel in May. 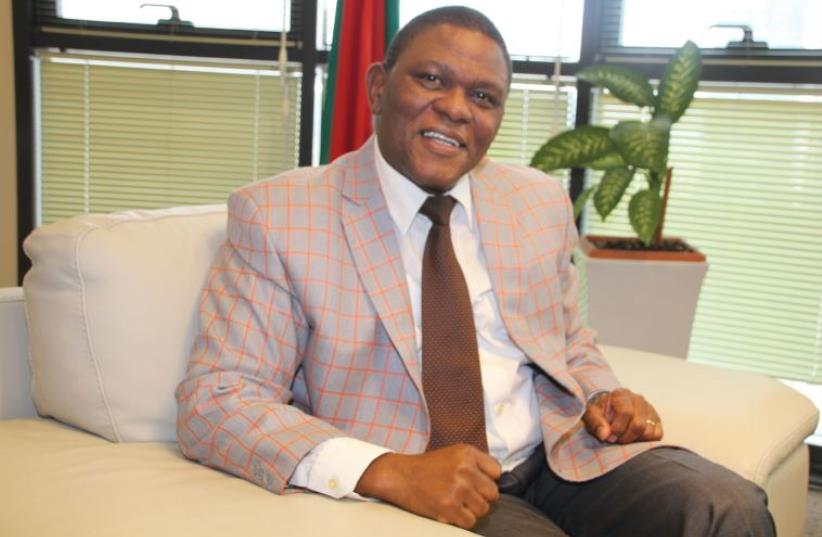 SOUTH AFRICA’S Ambassador Sisa Ngombane: South Africa has no interest in ‘settling an old grudge’ with Israel over its ties with the aprtheid-era regime.
(photo credit: TOVAH LAZAROFF)
Advertisement
Amid persistent and noisy calls in South Africa to downgrade ties with Israel, Pretoria has sent back to Tel Aviv its ambassador, Sisa Ngombane, whom it recalled following violence along the Gaza border fence in May.Channel 10 reported Saturday night that South Africa's embassy informed Israel of the diplomat's return in a letter it sent last week.“The Embassy of the Republic of South Africa avails itself of this opportunity to renew to the Ministry of Foreign Affairs of the State of Israel and to the Diplomatic Missions and International Organizations accredited to the State of Israel the assurances of its highest regard,” read the letter, which was dated September 20. South Africa, along with Turkey, recalled their ambassadors following the violence on the day that the US embassy moved its embassy to Jerusalem which resulted in the death of some 61 Palestinians, most of them affiliated with Hamas. Reports emerged last week that Turkey was in quiet talks to return its ambassador as well. In a statement released following the violence in May, the South African government “condemned in the strongest terms possible the latest act of violent aggression carried out by Israeli armed forces along the Gaza border‚” and said that “given the indiscriminate and grave manner of the latest Israeli attack‚ the South African government has taken a decision to recall Ambassador Sisa Ngombane with immediate effect until further notice.” Just two months ago South Africa's Foreign Minister Lindiwe Sisulu said the country would not – for the time being – reinstate its ambassador to Israel.Sisulu said she was “very glad” she recalled Ngombane and that he would not return until there was “headway” in resolving the Israeli- Palestinian conflict.Ngombane’s return came even as the newly-elected president of South Africa's largest trade union – Zingiswa Losi -- called Friday on Pretoria to immediately downgrade ties with Israel. South Africa's ruling ANC party passed a resolution at a convention in December calling for the downgrade of South Africa's embassy in Israel to a “liaison office.”In a speech in Johannesburg, Losi said that the ambassador had been withdrawn indefinitely.