Special Telegrass Lottery: 50 grams of cannabis every month to 50 winners

The illegal organization for trade in cannabis, Telegrass, announced its own distribution to those who requested it. 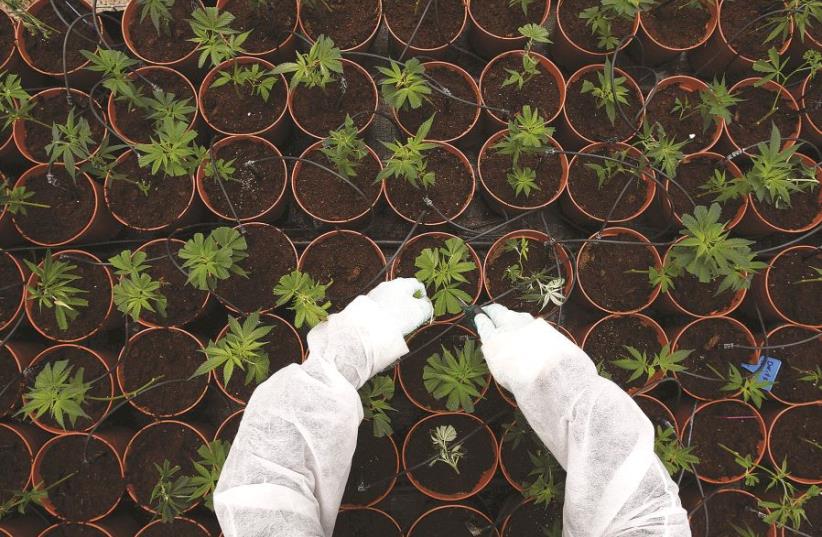 Culture de marijuana près de Safed
(photo credit: REUTERS)
Advertisement
The illegal organization for trade in cannabis, Telegrass, announced its own distribution to those who requested it.The organization, The Jerusalem Post's sister publication Maariv learned, holds a monthly lottery that announces  50 winners each month, and each winner receives 50 grams of cannabis packets. The move is expected to spread over the next 12 months, and a total of 600 cannabis parcels, weighing about 30 kilograms, will be distributed at a value of NIS 2.1 million (based on a market value of NIS 70,000 per kilo). The manner of referral and distribution is done through encrypted platforms (i.e. Telegram).Telegrass claims that the winners are "patients who have difficulty getting medical cannabis."It should be emphasized that there is another problematic aspect to this conduct. The target population of cannabis recipients in this manner is defined according to the organization's considerations. According to the organization, the lottery is for "patients who encounter difficulty in receiving medical cannabis or citizens who have difficulty financing their purchase... The purpose of this lottery will be anyone who needs cannabis, needy, sick or needs support.""A disabled or sick person who feels that cannabis is a cure for him... will be asked to pass a medical certificate that proves it," the organization concluded. According to information received by Maariv, 80 "needy people" won the lottery Thursday, and the packages of cannabis have already been handed over to them. Translated by Zachary Keyser.