Storm abrew after Algeria fails to show for match vs Israel

The Algerian team was set to play the US on Friday, with another match set against Israel on Saturday. 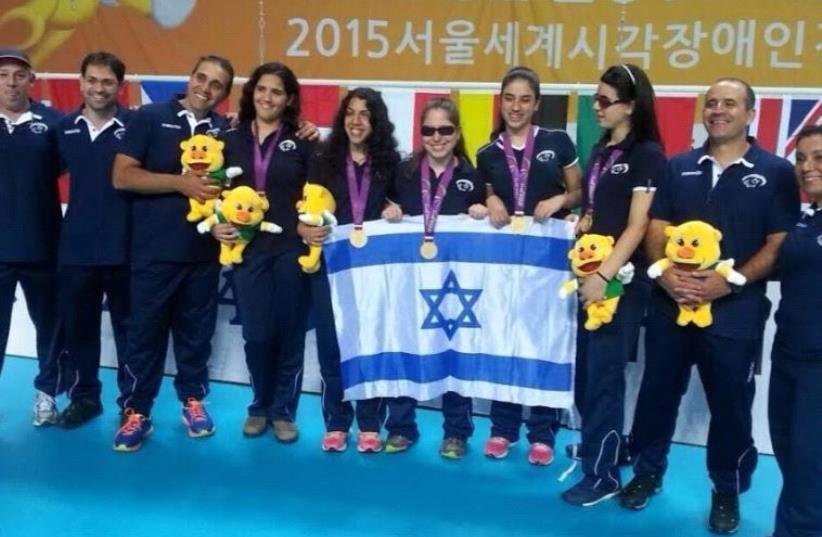 Israel’s goalball team
(photo credit: ISRAEL PARALYMPIC COMMITTEE)
Advertisement
Even the Paralympics aren’t safe from politics.Israel’s goalball team was scheduled to face Algeria at the Rio Paralympics on Saturday, but the game had to be canceled after the Algerians failed to show up.Algeria also didn’t appear for its first match against the USA on Friday and the International Paralympic Committee (IPC) said it is investigating the reasons behind the absence.The Paralympic Committee of Algeria informed the IPC, Rio 2016 and the International Blind Sports Federation (IBSA ) just one hour before the game against the USA that the team had not arrived in Brazil.Algeria and Israel do not have official diplomatic relations.“The IPC is still investigating and we will take the appropriate action if we can,” said IPC communications director Craig Spence.“The team was in a training camp in Warsaw, Poland and they should have traveled on September 5.“Now they claim that they’ve suffered multiple delays, canceled flights and missed connections and have still not arrived in the country.“We’re still working with the Algerians on whether they can give us a sensible explanation.“We are missing five players and two coaches.”The head of Israel’s Paralympic Committee, Danny Ben-Abu, has little doubt regarding the reasons behind Algeria’s no-show.“As soon as a delegation enters the stadium with its flag it is obligated to compete against every country,” said Ben-Abu. “It has no right to decide who it competes against - this is a sporting principle. It is a real shame Politics has also seeped into the Paralympics.”Both Israel and the USA have been awarded a 10-0 win and three points due to Algeria’s no-show.There was a similar incident in Parasport in May of this year when Morocco boycotted a game against Israel’s wheelchair tennis team at the World Team Cup event at the Ariake Colosseum in Tokyo