Hapoel Jerusalem is confident of signing Stoudemire, who has an ownership stake in the club since the summer of 2013. 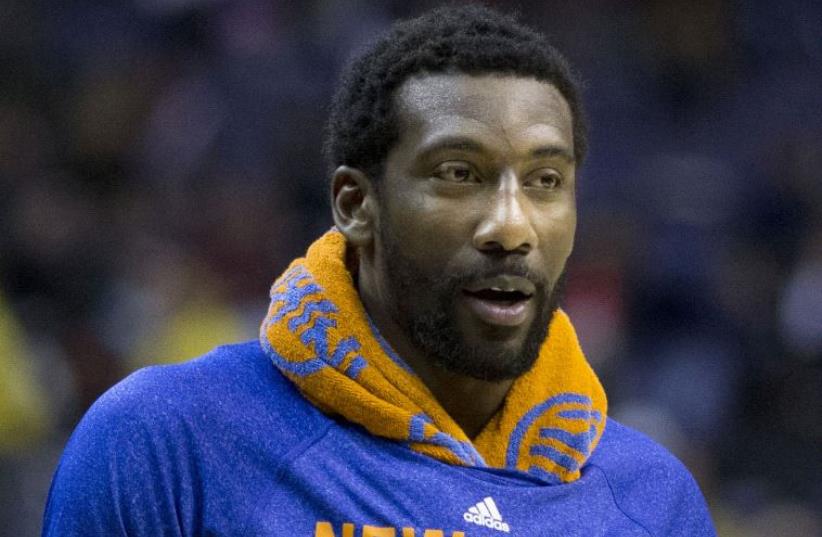 Amar'e Stoudemire
(photo credit: KEITH ALLISON/WIKIMEDIA)
Advertisement
Six-time NBA All-Star Amar'e Stoudemire announced his retirement on Tuesday, but his playing days may well not be over.Hapoel Jerusalem is confident of signing Stoudemire, who has an ownership stake in the club since the summer of 2013. The 33-year-old forward has said in the past that it would be "great" to play for Jerusalem and Hapoel owner Ori Allon has always hoped he could convince him to come to Israel.Stoudemire claims he has Jewish roots on his mother’s side and has visited Israel in the past. He is set to arrive in the country once more next week as part of the joint initiative between the Omri Casspi Foundation and the National Basketball Players Association. Jerusalem is hoping to make the most of the opportunity and officially unveil Stoudemire while he's in the country."The future is unknown and so if I have an opportunity to [play in Israel] and am still in great health, it would be great," Stoudemire told the New York Post two years ago.Stoudemire, who also has offers from China, retired on Tuesday after signing a one-day contract with the New York Knicks. He played 14 NBA seasons, including 4 1/2 campaigns with the Knicks. He had his best seasons with the Phoenix Suns and also played for the Dallas Mavericks and Miami Heat.Stoudemire was an All-Star for the Knicks in 2010-11 when he averaged 24.7 points and 8.0 rebounds. The 6-foot-10 Stoudemire averaged 18.9 points and 7.8 rebounds in 846 career games. He was voted to two All-NBA first teams and was also named 2003 NBA Rookie of the Year after entering the league directly from high school."I want to thank Mr. Dolan, Phil [Jackson] and Steve [Mills] for signing me so that I can officially retire as a New York Knick," Stoudemire said."I came to New York in 2010 to help revitalize this franchise and we did just that. Carmelo [Anthony], Phil and Steve have continued this quest, and with this year's acquisitions, the team looks playoff-bound once again. Although my career has taken me to other places around the country, my heart had always remained in the Big Apple. Once a Knick, Always a Knick."