Legendary Serbian tennis player Novak Djokovic landed in Israel on Monday night, as he is set to play in the ATP tournament in Tel Aviv. 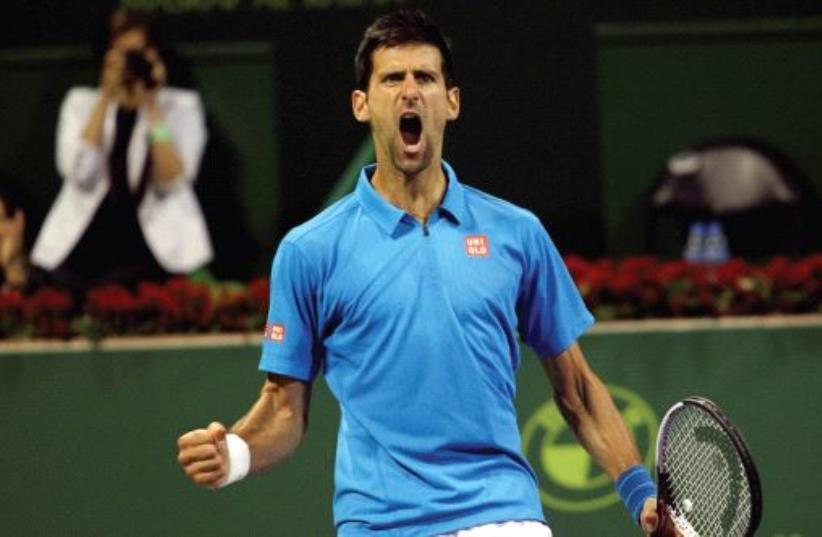 Serbian tennis player Novak Djokovic landed in the private Fattal Terminal of Ben Gurion Airport on Monday to take part in the Israeli tournament of the ATP tour.

While in the terminal, he stayed in a private room, where he took the time to write in the guest book: "Shalom Israel, I am very happy and excited to be back in Israel. Looking forward to a great experience."

Djokovic will enter the 2022 Tel Aviv Watergen Open in the top-16 stage, where he'll play the winner of the upcoming match between Brazilian Thiago Monteiro and Spanish Pablo Andújar.

In the doubles tournament, Djokovic will be teamed up with Israeli doubles great Yoni Erlich, the winner of the 2008 Men's doubles Australian open.

This is not the first time the Serbian icon will partner with Erlich, as the two won Djokovic's only doubles title in 2010, at the Queen's Club Championships.

Djokovic visited Israel early on in his career, when he led the Serbian Tennis National Team to beat Israel in the Davies cup in 2006. Since then, Djokovic became one of the most successful tennis players of all time, winning 21 Grand Slam Tournaments, the second most in history.

Recently, he took part in the Laver Cup in London, where he played for Team Europe, playing in the doubles game with Scottish tennis player Andy Murray. Joining the pair in Team Europe were Spanish Rafael Nadal and Swiss Roger Federer who played the last game of his career at the tournament.

Djokovic missed two Grand Slam tournaments this year, due to his refusal to get a COVID-19 vaccine.