Hapoel Tel Aviv defeated Maccabi Tel Aviv 96-95 on Sunday night in Israel Winner League action as the Reds took the derby in a hard-fought battle that went right down to the wire.

J’Covan Brown was all-world for Danny Franco’s team as he scored 32 points and ran the Hapoel offense to perfection over the course of the game as the Reds recorded their first win over Maccabi in three tries this season and the club’s fans celebrated with the players on the Drive-In Arena court into the night.

Xavier Munford, Brown and Tomer Ginat set the tone early for the hosts as they took a 24-19 lead after the first quarter, but Wade Baldwin and John DiBartolomeo scored time after time from deep to give Maccabi a slim 48-46 lead at halftime.

Jalen Adams became a factor for the yellow-and-blue in the third quarter with points from the outside and inside as Maccabi built up an 11-point lead, but Brown was again at the center of attention as he helped drill down the yellow-and-blue lead to just 72-69 with 10 minutes to play.

Gil Beni and Chinanu Onuaku got busy for Hapoel as Brown scored a three-point play down the stretch to knot the game up at 93-93, before Munford dialed up long distance to give the Reds the conquest in front of their faithful supporters. 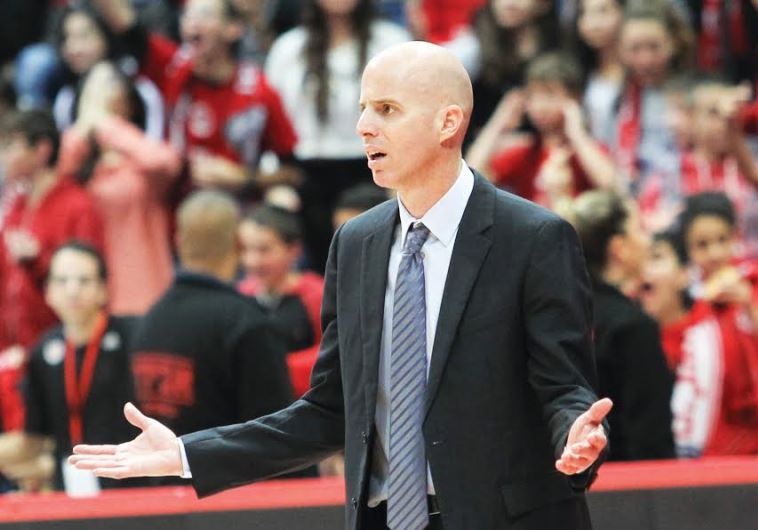 Brown led all scorers with his 32 points, to go with eight assists and six rebounds, Onuaku added 16 points and Ginat scored 15 points in the win. Baldwin paced Maccabi with 29 points, Adams chipped in with 20 points and DiBartolomeo scored 18 points in the loss.

“Whatever you’d want in a basketball game, you had here in this one. There were great plays, talented players on both sides and plenty of action. Thanks to our depth we were able to stay in the game and we were able to come back from a double-digit deficit with an 11-0 run in the third quarter to keep our heads above water. It’s a lot of fun and I’m very happy for the club and for our great fans.”

“This was great Israeli league basketball,” Franco began. “Whatever you’d want in a basketball game, you had here in this one. There were great plays, talented players on both sides and plenty of action. Thanks to our depth we were able to stay in the game and we were able to come back from a double-digit deficit with an 11-0 run in the third quarter to keep our heads above water. It’s a lot of fun and I’m very happy for the club and for our great fans.”

“It was a game of runs and we didn’t start well at both ends of the floor both defensively and offensively,” Maccabi bench boss Oded Katash said. “We didn’t know how to hold onto the lead that we were able to get and we have a lot to learn from this game going forward that we have to be more focused and we had to play tighter defense.”

In the capital city, meanwhile, Speedy Smith drained a game-winning three-pointer as Hapoel Jerusalem escaped with a 84-82 dramatic overtime win over Bnei Herzliya.

The Reds, who dug themselves an early hole as they went down by double-digits after just 10 minutes, saw Smith take on the scoring burden for an ill Khaden Carrington and help his team to the extra-session win.

The visitors got off to a hot start with phenomenal play by Maurice Kemp, Julian Gamble and Chris Babb to give Oren Aharoni’s squad a 27-11 lead after the first frame but the hosts chipped away at the lead in the second quarter with points from Smith to head into halftime down 42-31.

However, Smith had the hot hand in the third quarter, while Itay Segev also scored some important buckets to pull the Reds to within three points ahead of the fourth quarter.

Jerusalem grabbed the lead into the final minutes thanks to Levi Randolph, but Gamble hit the tying bucket to send the game into an extra session all tied up at 72-72.

Sandy Cohen scored a pair of critical baskets to put Oren Aharoni’s team back in front but as time wound down in overtime Smith drilled home the eventual winning triple down the stretch to give Aleksandar Dzikic’s team the win.

Smith led all scorers with 28 points, Zach Hankins added 13 points while Segev and Randolph scored 12 points apiece in the win. Kemp scored 26 points, Babb chipped in with 19 points and Julian Gamble scored 15 points in the loss.

“We won and it would be unfair to our opponents to say that they didn’t have a chance to win the game, because they did,” Dzikic said. “At the end we fought for 45 minutes and it was a tough game. We expected a slow start, but not minus 17 which was connected to some things that happened over the last couple of days.”

“It’s painful to lose a game that we should have won,” Herzliya coach Oren Aharoni said. “We began very well and we were intense and focused. We knew Jerusalem would come back but unfortunately we had three chances to score near the end of the game and games like this are decided on plays like that. We saw Speedy Smith decide the game with his big three-pointer.”

Smith didn’t want to take credit for the victory and credited his teammates.

“It’s a shot that went in and we got the win. The shot was cool, but the game could have still been lost. It’s more important to see my guys contribute around me. We picked it up on defense and Zach Hankins did his part down low against Gamble. This was a big time team win but we got to be better in the first quarter and be more aggressive.”

In a game that was never in doubt from the get-go, visiting Holon took a 52-36 lead into halftime thanks to fine play by Ragland, Hayden Dalton and Chris Johnson and never looked back to record the victory.

Ragland led the way with 22 points and nine assists, Dalton added 23 points and Johnson picked up a 17 point-13 rebound double-double in the win. Tyler Bey paced Ness Ziona with 20 points, Shaq Buchanan added 14 points and DJ Cooper scored 10 points and dished out 13 assists in the loss.

“We were very focused and played with a lot of energy and we executed extremely well,” Goodes said. “Everybody on the court played a team game and I’m happy that the players understood the challenge of playing in Ness Ziona which is not easy.”

Also, Hapoel Beersheba just got by Hapoel Eilat 105-101 in the southern capital as Khalil Ahmad, Ben Moore and David Efiyani all had 20-plus points to take the win over the Red Sea side and their new head coach Maurizio Buscaglia.

Eilat grabbed an early lead as Jared Terrell and Eric Griffin helped them nurse the advantage over the course of the first three quarters, but in the final frame Ahmad and Efiyani pushed the hosts in front as Beersheba was able to hold on to record the victory.

Ahmad led the way with 28 points, Moore added 23 points and 10 boards as Efiyani chipped in with 22 points in the win. Terrell with 31 points and Griffin with 26 points paced the visitors in the loss.

Elsewhere, Hapoel Haifa knocked off Ironi Kiryat Ata 91-82 as a red-hot Anthony Hickey continued his scoring ways with 23 points to help the Carmel Reds to the win.