Basketball: Hapoel Jerusalem back on track with tight road win over Hapoel Holon 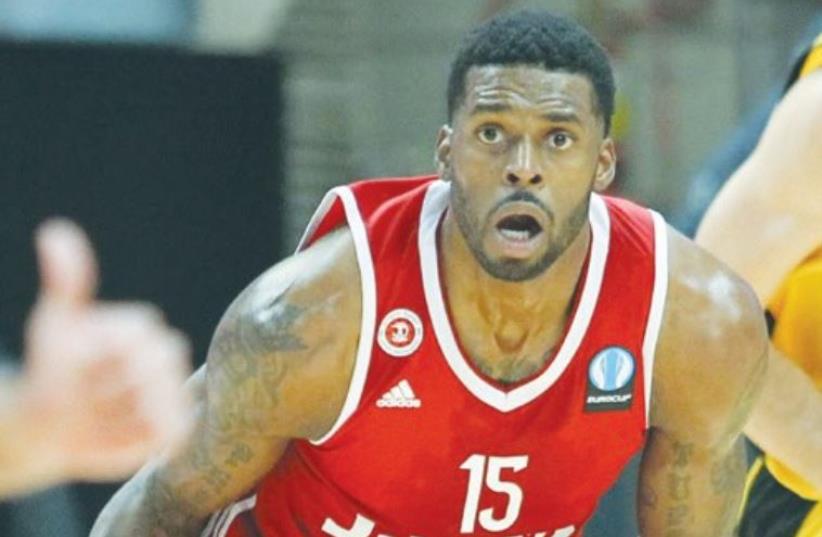 Hapoel Jerusalem forward Donta Smith
(photo credit: DANNY MARON)
Advertisement
Hapoel Jerusalem returned to winning ways on Monday to move tied with Maccabi Tel Aviv at the summit of the BSL standings with a 10-3 record, beating Hapoel Holon 83-74 on the road.Jerusalem suffered a shock cup exit at the hands of Maccabi Haifa last Thursday after also losing to Maccabi Ashdod in BSL action earlier in the week. However, it picked up some much-needed confidence on Monday ahead of next week’s showdown with Maccabi Tel Aviv, erasing an early double-digit deficit before seizing control of the contest.Donta Smith led five Jerusalem players in double figures with 19 points, with Lior Eliyahu adding 11 points and 12 rebounds.Will Clyburn had 24 points and 12 boards for Holon, which fell to 3-9, losing for the eighth time in its past nine games.Maccabi Rishon Lezion is just half-a-game back of Maccabi Tel Aviv and Jerusalem after beating Hapoel Tel Aviv 80-73 on Monday to improve to 9-3 with its fifth win from the past six games. Despite once more playing with just two foreign players, Rishon showed its depth by outlasting a desperate Hapoel side which fell to 4-9 with its fifth defeat in six contests, piling the pressure on coach Sharon Avrahami.Shawn Dawson was superb for Rishon with 22 points and 11 rebounds, with Mark Lyons adding 19 points and eight assists and Darryl Monroe contributing 17 points and eight boards.Raviv Limonad had 19 points for Hapoel.Meanwhile, Maccabi Tel Aviv announced on Monday that chairman Shimon Mizrahi has resigned from his position on the BSL directorate and that the club will no longer play an active role in the top flight’s governing body.The directorate’s decision to limit the amount of nationalized players to two next season and one the following year was the final straw for Maccabi, which has seen decision after decision go against it in recent years, including the return of the Final Four format to determine the champion.The BSL said that it believes that Mizrahi and Maccabi must remain part of the directorate and that chairman Shmuel Frenkel will meet with club officials over coming days to discuss the issues on hand.