Hapoel Jerusalem’s Eurocup campaign could be over by Wednesday night should it fail to overcome Galatasaray at the Jerusalem Arena on Tuesday. 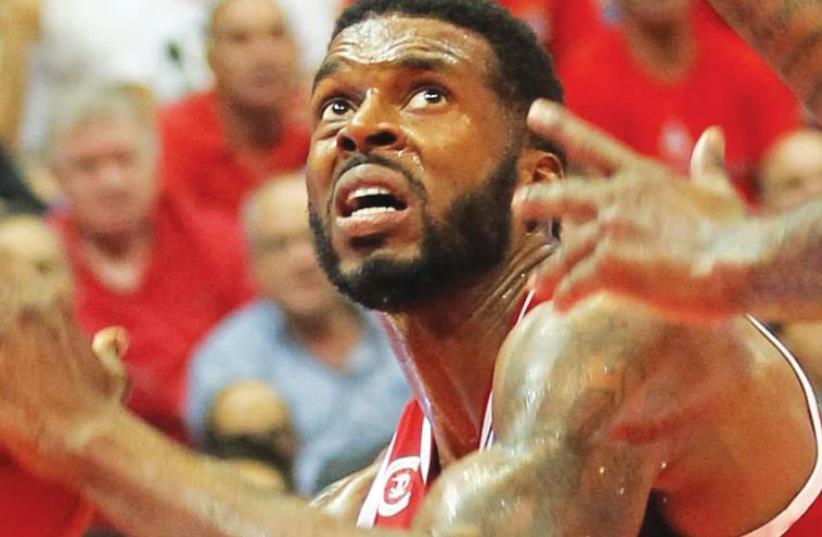 Hapoel Jerusalem forward Donta Smith
(photo credit: DANNY MARON)
Advertisement
Hapoel Jerusalem’s Eurocup campaign could be over by Wednesday night should it fail to overcome Galatasaray at the Jerusalem Arena on Tuesday.Hapoel is on the verge of yet another early continental exit after falling to 2-5 in Group F last week with yet another heartbreaking road defeat, losing 87-85 to Neptunas Klaipeda in Lithuania.Danny Franco’s team is two games back of a place in the top four, which will lead to the Last 32, with three games to play. Two wins from its final three games could be enough for Hapoel should other results go its way, but realistically it will likely need to triumph in all three of its contests to advance to the next stage, although even three victories could end up not being enough.Galatasaray has already secured its place in the Last 32, holding a comfortable lead at the top of the group with a 6-1 record.Galatasaray beat Jerusalem 87-79 in Turkey at the end of October, with the Israeli champion squandering a fourth-quarter lead.Hapoel, which hosts AEK Athens next week before capping its campaign at rock-bottom Krasny Oktyabr Volgograd, suffered a defeat to Nizhny Novgorod in its previous Eurocup game in Jerusalem in what remains its only home defeat over all competitions this season.Franco knows Hapoel can’t afford another loss at the Jerusalem Arena on Tuesday, and still believes his team can reach the next round.“I still think we are a good enough team,” said Franco. “If we play our basketball in the remaining games we will have a chance to progress. Even if our chances aren’t very good we will leave our all on the floor. We will not give up.”Galatasaray is led by Errick McCollum, who is averaging 22.9 points per game.Hapoel limited McCollum to just six points in their previous meeting, but he scored at least 21 points in the team’s other six Eurocup games.Franco is hoping the fit-again Lior Eliyahu and Yotam Halperin are ready to play a larger role and help the team find the form that saw it win a first local championship last season.“We got the season off to an erratic start,” explained Franco. “We have had to reinvent ourselves, but we have a good team.”