Coach Oded Katash was once more given plenty to mull over, especially after his team capitulated in such embarrassing fashion against an underdog Nahariya side. 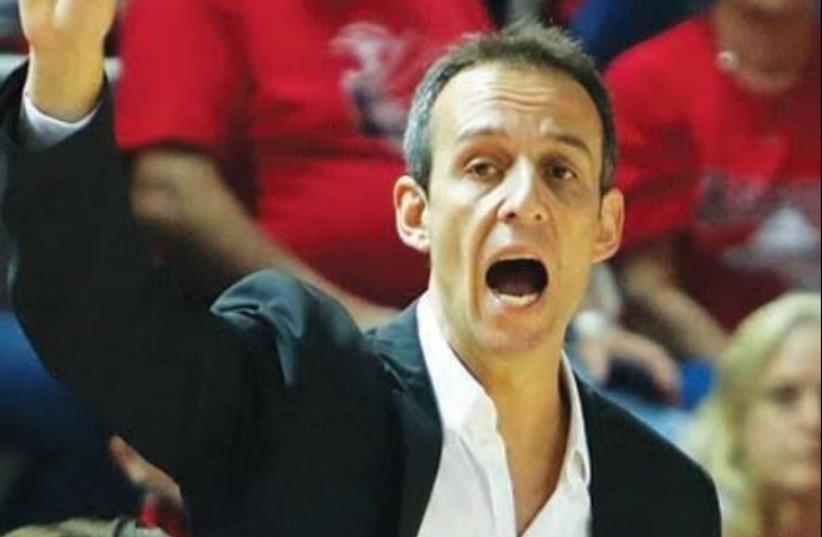 Hapoel Tel Aviv coach Oded Katash
(photo credit: ADI AVISHAI)
Advertisement
Hapoel Tel Aviv’s struggles to start the season continued with a third straight loss in the BSL on Monday night, an 80-75 defeat at home to Ironi Nahariya.Hapoel entered the campaign with high expectations, which only grew following a 16-point win over Ironi Ness Ziona in its opener. However, the Reds have gone downhill since, squandering a 22-point advantage on Monday to fall to 1-3.Coach Oded Katash was once more given plenty to mull over, especially after his team capitulated in such embarrassing fashion against an underdog Nahariya side.A 16-0 run saw Tel Aviv open an early 17-point gap (24-7), with the hosts leading by a record 40-18 midway through the second quarter following a Robert Rothbart three-pointer.There seemed to be no way back for Nahariya, with Hapoel still ahead by 14 points (48-34) at the break. Nahariya continued to eat away at the deficit in the third frame, but Tel Aviv was still in control, holding a seven-point advantage (60-53) entering the final 10 minutes.However, Hapoel couldn’t regroup and Nahariya completed its comeback with 1:50 minutes remaining following Gilbert Brown’s basket (72-71).Hapoel moved back into the lead but not for long, with Nahariya scoring the final eight points of the night to clinch its third straight victory, all by five points or less, and improve to 3-1.Brown led Nahariya with 23 points and six rebounds, with Michael Umeh adding 20 points. Rothbart had 21 points for Hapoel, which will look to snap its losing streak at Hapoel Eilat next week.Last season’s runner-up, Eilat fell to 1-3 on Sunday following a surprise 93-82 loss to Maccabi Ashdod, which won for the first time this season after opening the campaign with three straight losses.Eilat opened an early double- digit lead (16-4), but Ashdod got back into the game with 34 points in the second quarter to take a one-point advantage (49-48) into the interval. The score was tied after a tight third period (69- 69), but the hosts would clinch the win with a 10-1 surge to end the night.Isaiah Swann led the way for the winners with 34 points and nine assists, with Charles Thomas adding 25 points. Kevin Palmer led five Eilat players in double figures with 19 points.Also Monday, Maccabi Haifa improved to 3-1 with an 86-81 victory over Maccabi Kiryat Gat.Haifa led by 11 points (42-31) at halftime and remained in the lead throughout the second half thanks to Gregory Vargas, who finished with 25 points.Paul Delaney and Meir Tapiro had 17 points each for Kiryat Gat.Elsewhere Monday, Hapoel Jerusalem, which is the only team with a perfect 4-0 record in the BSL, received some bad news when star Israeli forward Lior Eliyahu was ruled out for four weeks with a broken finger.Eliyahu won’t join the team in its trip to Greece for Wednesday’s Eurocup game against AEK Athens and coach Danny Franco will have to find a way to fill the big void.