Jerusalem is aiming to reach a continental final for the first time since winning the ULEB Cup in 2004. 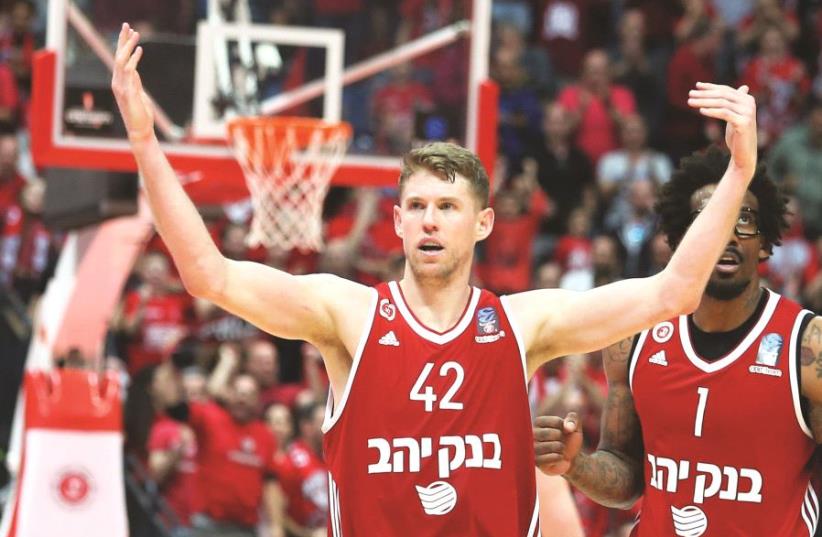 Hapoel Jerusalem forward Travis Peterson
(photo credit: DANNY MARON)
Advertisement
Hapoel Jerusalem arrived in Spain on Monday, brimming with confidence ahead of Wednesday’s decisive semifinal game at Valencia for a place in the Eurocup final.Jerusalem is aiming to reach a continental final for the first time since winning the ULEB Cup in 2004 after leveling the best-of-three series at 1-1 with a 79-66 win in Game 2 in Israel on Friday.Valencia won the series opener in Spain, 83-68, but Game 1 was tight until the final five minutes, and after a convincing triumph on Friday, Hapoel believes this could be its year.Jerusalem received further good news ahead of its departure when Travis Peterson’s shoulder injury was deemed as minor, meaning he will be a game-time decision on Wednesday.Peterson suffered the injury during Sunday’s 90-81 BSL win over Ironi Nahariya, and with Hapoel already losing forward Brian Randle for the season, the additional absence of Peterson would leave it in a difficult position.“We have been through a long and good European campaign and it now all comes down to this one game,” said Jerusalem guard Bar Timor. “We are feeling good and we understand this is an opportunity we must take.”Malaga is awaiting the winner in the final after completing a 2-0 sweep of Lokomotiv Kuban Krasnodar with a 74-63 win on Friday.Hapoel will have home-court advantage in the final should it advance.Maccabi Tel Aviv will be in European action on Tuesday, but it has nothing but pride to play for when it visits Fenerbahce in the Euroleague in Istanbul.Maccabi lost any hope of finishing in the top eight and advancing to the quarterfinal playoffs with Thursday’s 92-87 loss at Efes Istanbul, falling to a 9-17 record.“For us every game is important and special,” insisted coach Ainars Bagatskis. “We are representing an illustrious club with a great tradition and we need to respect every game and give our best.”Fenerbahce is in fourth place in the standings with a 17-9 record.“Fenerbahce is clearly one of the strongest teams in Europe,” added Bagatskis.“But if we limit them under the baskets and play consistent basketball for 40 minutes we will be in the game.”Meanwhile on Monday, Hapoel Eilat and Maccabi Haifa boosted their BSL playoff hopes. Eilat improved to 13-10 and moved tied with Jerusalem in fourth place thanks to a 94-85 win over Maccabi Rishon Lezion. Rafi Menco was sensational with 22 points and 13 rebounds for the winners, both of which were career-highs.Maalik Wayns had 23 points for defending champion Rishon, which is in danger of missing out on the playoffs, sitting tied for eighth place at 10-13 with Ironi Nahariya and Hapoel Gilboa/ Galil.Haifa improved to 12-11, beating sorry Maccabi Kiryat Gat 99-78. Will Graves led seven Haifa players in double figures with 19 points, with the Greens winning for the fifth time in six games.Brandon Bowman scored 19 points for Kiryat Gat, which fell to 4-19.