“This was the best lesson we could have received ahead of the European Championships." 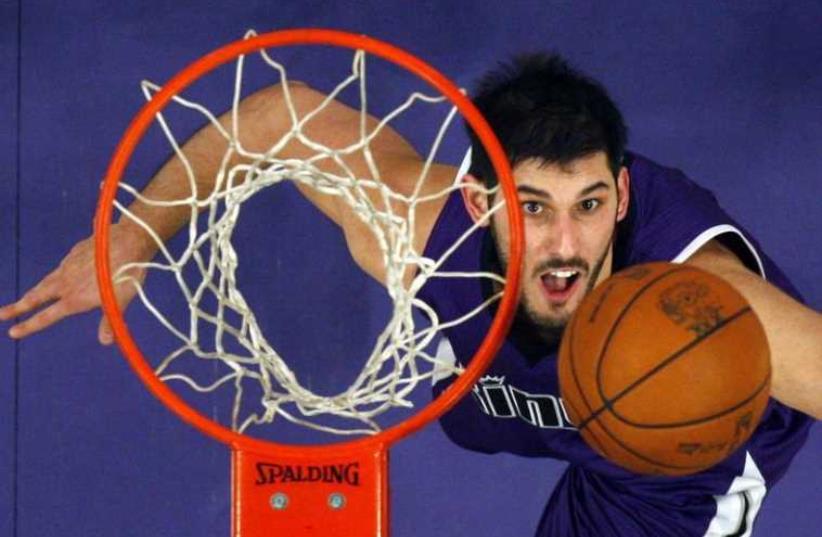 Israeli basketball star Omri Casspi of the Sacramento Kings
(photo credit: REUTERS)
Advertisement
Despite seeing the national team drop to 0-5 this summer on Sunday night, Israel coach Erez Edelstein did his best to remain positive following the 79-71 defeat to Serbia at Yad Eliyahu Arena.After suffering an 85-70 loss to last year’s World Cup finalist on Saturday and with Omri Casspi out through illness, the blue-and-white was always going to struggle against the Serbs on Sunday. It trailed from start to finish, but Edelstein at least drew some encouragement from the fact his team was given a taste of what it will be up against in the European Championships, which get underway in just under two weeks.“This was the best lesson we could have received ahead of the European Championships,” said Edelstein. “This is the intensity we will encounter in France. All the teams in Europe play defense like this. However, all in all I’m happy. This is a process and we are a new team. This takes time.”Israel’s only player in double-figures on Sunday was Lior Eliyahu, who finished with 14 points. Miroslav Raduljica had 16 points for the Serbs.Israel will play its final three warmup games in Zagreb, Croatia later this week. After losing its first three preparation games in Macedonia last week, twice to the hosts and once to Ukraine before falling twice to Serbia, the blue-and-white will be aiming to finally record its first win of the summer when it faces Bosnia and Herzegovina, Estonia and Croatia over three days starting from Wednesday.