Beersheba beats Honved, in for a challenge vs Ludogorets

Beersheba hosts the first leg at Turner Stadium next Tuesday, with the return leg to be played in Bulgaria a week later. 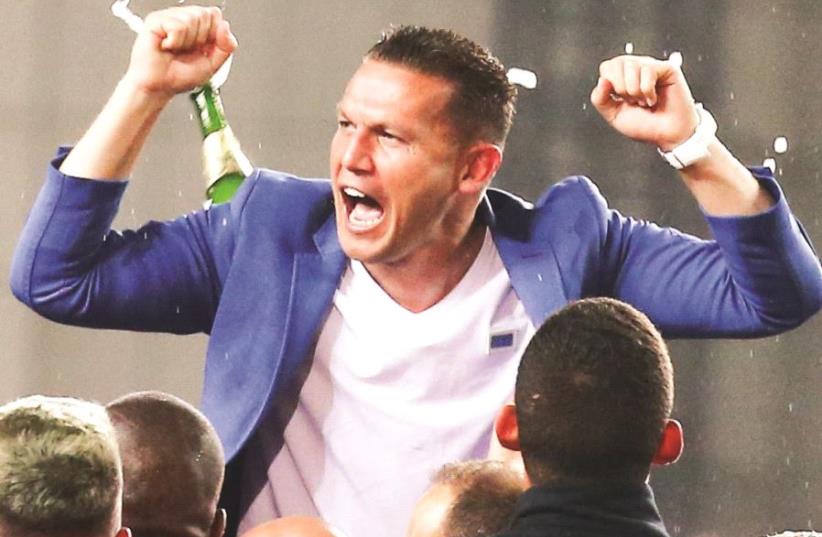 Hapoel Beersheba coach Barak Bachar
(photo credit: DANNY MARON)
Advertisement
After completing the job against Honved in Hungary to progress to the Champions League third qualifying round, Hapoel Beersheba faces a challenge of a completely different magnitude against Bulgarian champion Ludogorets.Beersheba hosts the first leg at Turner Stadium next Tuesday, with the return leg to be played in Bulgaria a week later.Hapoel brought a slender 2-1 lead to the second leg against Honved in Hungary on Wednesday night. The two-time reigning Israeli champion didn’t need long to decide the tie, with two goals in four minutes from Nigerians John Ogu (12) and Anthony Nwakaeme (16) giving Beersheba a 2-0 lead in the 16th minute.That left Honved requiring four goals to advance, something which was never going to happen despite the hosts drawing level in the 73rd minute through Botond Barath, after Davide Lanzafame’s penalty cut the margin in first-half stoppage time. Nwakaeme ensured Beersheba progressed in style with another fine solo effort six minutes from time to secure a 3-2 win, 5-3 on aggregate.“This is only the beginning of the season and we will improve with every match, but in the first 20 minutes we saw the Beersheba of the past two seasons,” said midfielder Maor Melikson. “I’ve twice come close to reaching the Champions League group stage and if I do so with Beersheba it will undoubtedly be the highlight of my career.”It wasn’t all good news for Beersheba on Wednesday, with striker Ben Sahar suffering a shoulder injury that could keep him out of action for over two months.Beersheba had intended on bringing in a striker even prior to Sahar’s injury, with 28-yearold Czech Tomas Pekhart on the verge of joining the club.Beersheba is aiming to reach the Champions League group stage for the first time in club history after missing out by a single goal last season, losing to Celtic of Scotland 5-4 on aggregate in the final playoff round.Beersheba stunned Greek champion Olympiacos in the third qualifying round last season, and while Ludogorets is not considered to be of the same class, it also enters the tie fully expecting to advance to the playoffs.Ludogorets has played in the Champions League group stage in two of the past three seasons, finishing third in Group A last season behind Paris Saint Germain and Arsenal and ahead of Basel.Ludogorets registered an impressive comeback in the second leg of the second qualifying round on Wednesday. After losing 2-1 on the road in the first leg at Zalgiris Vilnius, the Bulgarians found themselves in a 1-0 hole early in the second leg before bouncing back with four unanswered goals.By overcoming Honved, Beersheba has already given itself something to fall back on, with the losers in the Champions League third qualifying round to receive a place in the Europa League playoffs.