Beersheba has already secured itself continental soccer deep into the winter, as even should it lose in the playoffs it will receive a place in the Europa League group stage. 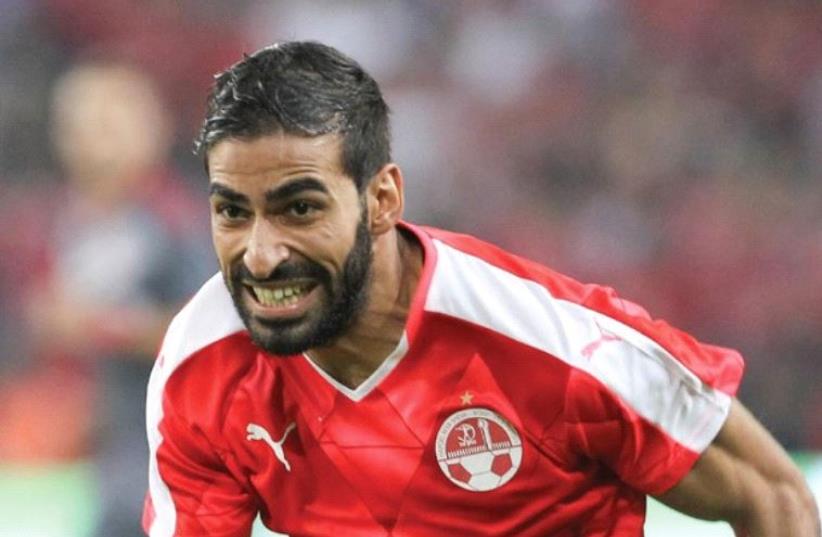 Hapoel Beersheba defender Ofir Davidzada will leave the team for Gent in Belgium following the Champions League playoff tie against Celtic of Scotland
(photo credit: DANNY MARON)
Advertisement
Hapoel Beersheba’s final obstacle on the way to the Champions League group stage will be Scottish powerhouse Celtic.The Israeli champion was drawn on Friday to face the former European champion in the playoffs, the final qualifying round.The first leg is at Celtic Park on Wednesday, August 17, with Beersheba to host the return leg the following Tuesday.Beersheba is looking to become the sixth Israeli team to play in the Champions League group stage.Maccabi Tel Aviv qualified last season for the second time in club history (2004/05, 2015/16), with Hapoel Tel Aviv reaching the prestigious stage in 2010/11 and Maccabi Haifa doing so twice in the past (2002/03, 2009/10).Beersheba, which won its first local championship in 40 years last season, registered a major upset to reach the playoffs, claiming a 1-0 win over Greek powerhouse Olympiacos at Turner Stadium last Wednesday.The first leg in Athens ended in a 0-0 deadlock.Beersheba has already secured itself continental soccer deep into the winter, as even should it lose in the playoffs it will receive a place in the Europa League group stage.As a result, Beersheba is already guarenteed 5.4 million euro from UEFA prize money alone.“At this stage of the competition every opponent is tough and that is certainly the case with Celtic, a team with a long tradition in Europe,” said Beersheba coach Barak Bachar. “We will study Celtic, prepare and continue in our way.”Celtic, which beat Kazakh side Astana 3-2 on aggregate in the third qualifying round, has lost at the playoff stage two years in a row, with defeats to Maribor of Slovenia in 2014 and then to Malmo of Sweden last season.“They’ve never played at this stage before and nobody in Israel believed they would beat Olympiacos so it’s a big shock,” said Celtic’s Israeli midfielder Nir Bitton.In the Europa League playoffs, Maccabi Tel Aviv was drawn to face Hajduk Split of Croatia while Beitar Jerusalem was handed Saint-Etienne of France. The first legs will be held in Israel on August 18, with the second legs to take place a week later.