Beitar batters Kfar Saba for first victory of the season 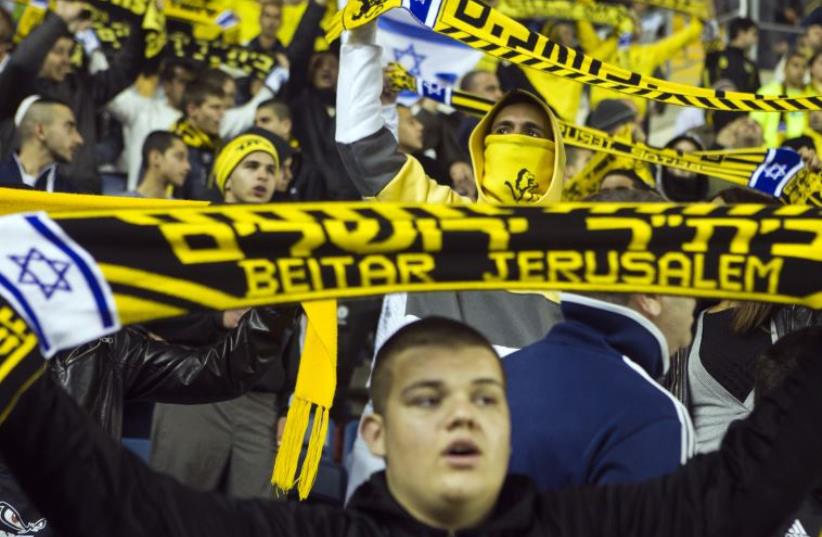 Fans of Beitar Jerusalem shout slogans during a match against Bnei Sakhnin as part of the Israeli Premier League
(photo credit: REUTERS)
Advertisement
Beitar Jerusalem finally registered its first win of the Premier League season on Monday night, while Hapoel Tel Aviv made it two victories in a row.Beitar had only lost one of its first four matches, but three lackluster draws and the fact it only managed to score two goals over that period already had many of the team’s fans calling for the head of coach Slobodan Drapic.However, the smiles returned to the stands at Teddy Stadium after Liroy Zhairi got the hosts off to a flying start with his third-minute opener. Jesus Rueda (29) and Nikita Rukavytsya (40) made it 3-0 by the halftime break on the way to a 3-1 triumph, with Raz Cohen’s 79th-minute goal of little consolation for Kfar Saba, which dropped to its third straight loss.“We finally entered a match with a fit squad and we clinched the contest in the first half,” said Drapic. “The pressure has lifted and I believe that if we play well against Bnei Sakhnin next week everything will change. I believe that these three points will give us a lot of confidence and that we will play better in the coming matches. This team has a lot of potential and we can still play a lot better than this.”Hapoel had gone winless in its first three matches of the campaign, but the sacking of coach Cesar Mendiondo has seemed to have done the team a world of good. Tel Aviv drew with Maccabi Netanya in its first game under interim coach Walid Badir and has since won two straight, beating Hapoel Haifa 1-0 last week before defeating Bnei Yehuda 3-1 at Bloomfield Stadium on Monday.After a dire first half, Hapoel seized control of proceedings, taking the lead through Liviu Antal’s acrobatic volley in the 67th minute following ‘keeper Dele Aiyenugba’s mistake.Antal’s fellow Romanian Claudiu Bumba doubled the advantage in the 77th minute and netted his team’s third in stoppage time following another Aiyenugba blunder after Aviv Hadad had got Bnei Yehuda on the score sheet.“The players had an amazing second half and they deserve all the credit,” said Badir, with Hapoel still searching for a fulltime replacement for Mendiondo.“I believe in this team and I believe in the players. I came here as an assistant coach and whatever the boss decides is fine by me.”Hapoel climbed up to fifth place in the standings, while Bnei Yehuda dropped to 11th with its third defeat of the campaign.“This was undoubtebly our worst match of the season,” said Bnei Yehuda coach Yossi Abuksis. “It is a shame we couldn’t build on last week’s win.”