Kostiantyn Voronov, who moved to Israel from Ukraine last year, was only beaten in the final of the under-20 event by France’s Charles Colleau. 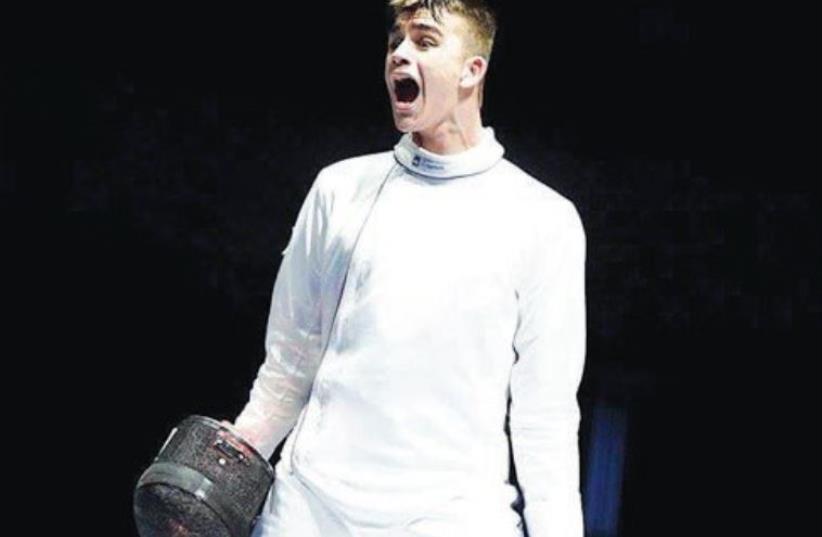 Israeli FENCER Stanislav Galper was crowned European cadet champion in the Epee competition last week in Novi Sad, Serbia
(photo credit: ISRAEL FENCING ASSOCIATION)
Advertisement
Kostiantyn Voronov became the latest Israeli fencer to achieve success on Monday in Novi Sad, Serbia, winning the silver medal in the men’s Saber competition at the European Cadet and Junior Championships.Voronov, who moved to Israel from Ukraine last year, was only beaten in the final of the under-20 event by France’s Charles Colleau.Voronov met the Israeli criteria for the Rio 2016 Olympics by scaling the podium, but has still not claimed an international quota, with his last chance to come in Prague next month when he will need to finish among the top four in the European Zonal Qualification competition.“I’m very excited and emotional,” said Voronov, who will train with the Russian national team in Japan ahead of the upcoming World Cup event in South Korea.Voronov became Israel’s third medalist in Novi Sad, joining Maccabi Jerusalem teammate Stanislav Galper – who won the gold medal in the Epee cadet competition last week – and the Israeli men’s team of Galper, Jacob Pizenberg.Zvi Blitsman and Saar Lieva, which took a silver in the Epee cadet team event, losing in the final to Hungary.“I can’t quite comprehend this result,” said Galper. “I’m very happy to be reaping the rewards of all of my hard work in training.”Coach Ohad Balva was delighted with his team’s achievements.“Galper’s gold medal surprised us but we expected to take a team medal and the boys showed that they can meet expectations,” said Balva.Israeli fencing received a further boost in Novi Sad after Eilat was chosen as the host of the European Under-23 Championships in 2018.Dr. Vladimir Shklar, a former Israel Fencing Association chairman who currently serves as the President of the European Fencing Confederation, helped push through the decision.The EFC is considered to be one of the strongest Olympic federations in any sport on the continent, with 45 member countries.