After 40 competitions held over two days at the new Olympic Stadium in Baku, Israel accumulated 430 points, finishing behind Slovakia and Austria. 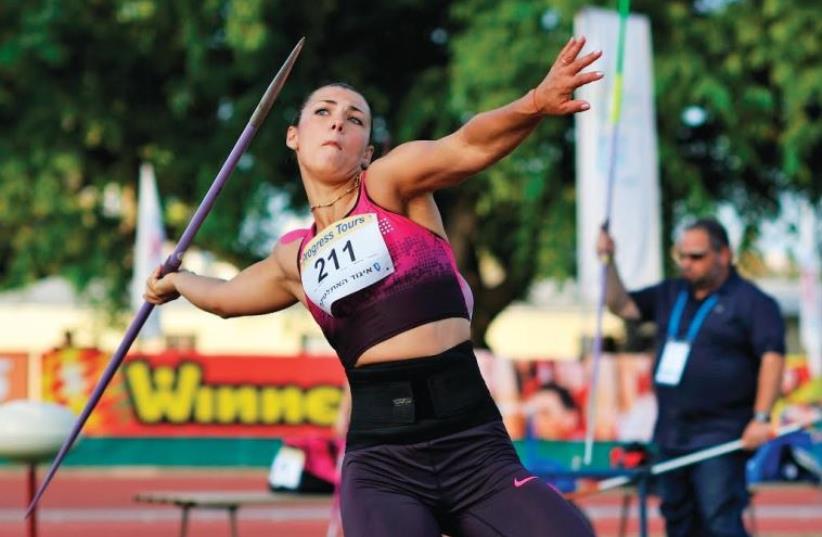 Israeli javelin thrower Margaryta Dorozhon
(photo credit: TIBOR JAGER)
Advertisement
Israel’s athletics team took the delegation’s medal tally at the European Games to seven on Monday, ending the team event in third place in Baku, Azerbaijan.After 40 competitions held over two days at the new Olympic Stadium in Baku, Israel accumulated 430 points, finishing behind Slovakia and Austria.The athletics competitions in Baku also served as the European Athletics Team Championships Third League and Israel was one of four teams which qualified for the Second League.Medals were only handed out in the team event in the athletics competitions in Baku. Slovakia won the gold in front of the near-empty stadium, confirming organizers fears that fans would forgo the opportunity to watch athletes from third-tier nations.Simon Clegg, Baku European Games Operations Committee operating officer, said on Monday that a cumulative figure of 22,000 supporters had attended Sunday’s action while a figure of 10,661 was announced midway through the evening session during day two of competition.Organizers had expressed their delight with attendances at the inaugural games, but for athletics, the crowning jewel of any multi-sport event, fans stayed away.“Would it have enhanced the Games [if athletics and swimming had been a higher- level competition]? Yes. Does it detract from the Games? Definitely no,” said Clegg.The extravagant opening ceremony was played out in front of a capacity crowd and organizers have since announced Sunday’s closing ceremony will be a sell-out too.Reuters contributed to this report.