The game against Darussafaka will be Maccabi's last before the official start to its campaign and Edelstein's first at Yad Eliyahu since joining the yellow-and-blue. 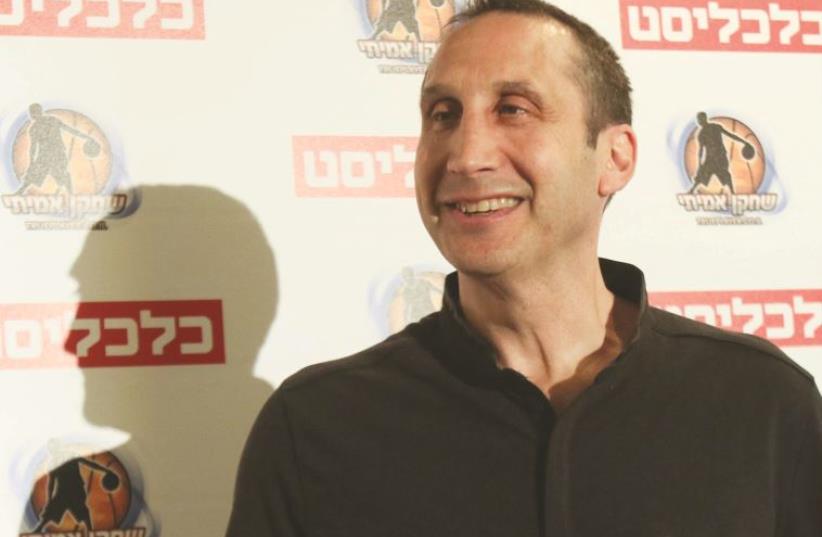 David Blatt
(photo credit: ADI AVISHAI)
Advertisement
Maccabi Tel Aviv will host David Blatt and his new team Darussafaka Dogus Istanbul on October 4 in a pre-season game at Yad Eliyahu Arena.Blatt will be returning to Yad Eliyahu for a game for the first time since he left Maccabi following the 2013/14 season in which it won the Euroleague title. He joined the Cleveland Cavaliers in the summer of 2014, but was sacked in January of this year despite guiding the team to the NBA Finals in 2014/15 and leading the East at the time of his firing.The game between the new-look Maccabi, guided by coach Erez Edelstein, and Darussafaka will take place less than two weeks before the sides begin their Euroleague campaigns."Darussafaka and I are happy and proud to be the guests of Maccabi in this exciting and interesting pre-season game," said Blatt on Monday."This will be a pre-season game of the highest level which will help both teams in their final preparations for their new local and Euroleague seasons. Considering the current improvement in relations between Israel and Turkey, this friendly game could not have come at a better timing. I'm personally proud and excited to be back in Tel Aviv and meet all my friends and of course the wonderful fans who were such a big part of my professional life." The game against Darussafaka will be Maccabi's last before the official start to its campaign and Edelstein's first at Yad Eliyahu since joining the yellow-and-blue."It will be an emotional night for myself on a personal level and for the Maccabi fans," said Edelstein. "There is no need to elaborate on David's achievements at the club and he deserves the most special and emotional welcome at the arena which was a home to him. We also shouldn't forget that this will be a contest against a rising force in European basketball and therefore our fans are in for a wonderful game of basketball right before the start of the season."