Deaflympics athletes get president’s blessing ahead of summer games

The Deaflympics were the first official sporting events for people with disabilities. 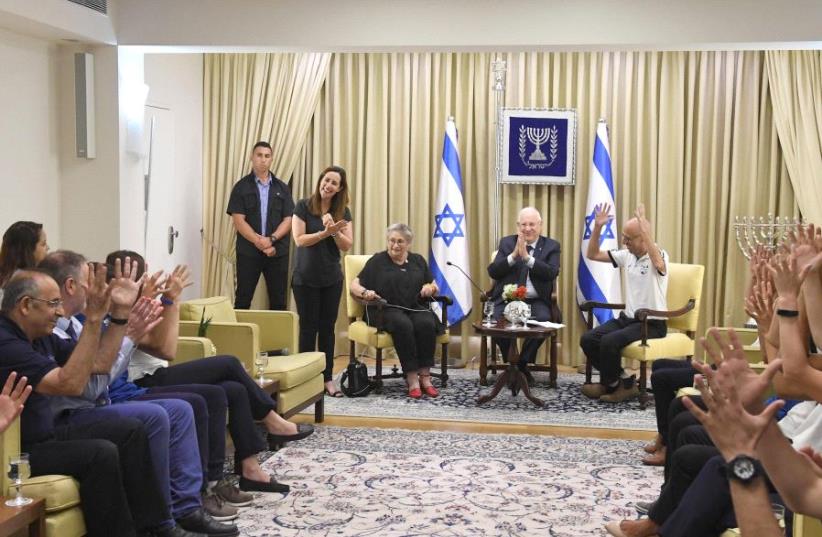 President Reuven Rivlin with the Israeli Deaflympic team before the competition in Turkey in July 2017.
(photo credit: PRESIDENTIAL SPOKESPERSON OFFICE)
Advertisement
Members of Israel’s Deaflympics contingent arrived at the President’s Residence in Jerusalem on Sunday to receive President Reuven Rivlin’s blessing as the athletes prepare for the July 18-30 Summer Deaflympics Games in Samsun, Turkey.Previously known as the World Games for the Deaf, the Deaflympics have been sanctioned by the International Olympic Committee since the 1924 inaugural games in Paris and are held every four years just as the regular Olympic Games.The competitions are held separately from the Paralympics and Special Olympics, and they are different in that contestants are unable to hear starters’ guns, whistles or bullhorns.The Deaflympics were the first official sporting events for people with disabilities.Israel will be represented in the silent sport competitions in tennis, karate, mountain cycling and shooting. To date, Israel has not scored nearly as well in the Deaflympics as in the Paralympics, from which teams have come home with gold, silver and bronze medals. Israel can boast only one bronze medal in the Summer Deaflympics.The meeting between Rivlin and the deaf athletes was translated into sign language.Rivlin told the athletes how proud he was of them and how glad he was that they were representing Israel at such an important sporting event.He wished them luck and said he hoped they would return home with medals.. Nechama Rivlin, the president’s wife, added that she was certain that they would bring honor to Israel – with or without medals.Ido Rushinek, the chairman of the Israel Sports Association for the Deaf, told Rivlin the association was founded in 1953 and today has a membership of 500 deaf and hearing- impaired male and female athletes, including children and adults.The association also makes a point of finding employment for its members, he said.There’s no difference between regular athletes and deaf athletes in terms of sporting abilities, Rushinek said.“They’re all equal, even though the deaf have to struggle with their disability on a daily basis,” he said.“But we didn’t come here to complain about our difficulties. Every person here is a fine athlete.”