Dorozhon misses out on reaching Rio 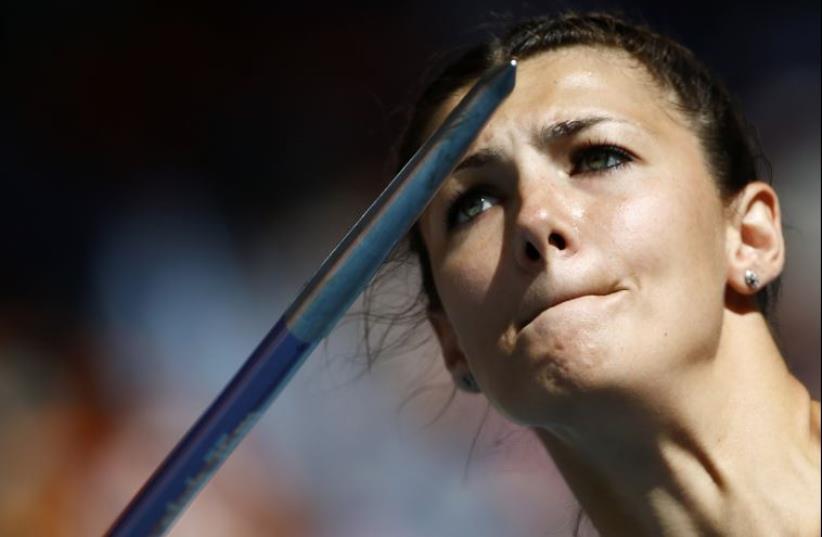 Marharyta Dorozhon
(photo credit: REUTERS)
Advertisement
Marharyta Dorozhon’s Olympic dream ended in tears on Sunday night after she came up short in her final opportunity to qualify for the Rio Games.The opening ceremony at the Maracana Stadium will take place in a mere four days, but the Israeli javelin thrower had one last chance to qualify on Sunday at Hadar Yosef Stadium in Tel Aviv.The 28-year-old Dorozhon, who has a personal best of 64.56 meters, set the IAAF Qualifying Standard for Rio last year, but according to the regulations laid out by the Olympic Committee of Israel, she was required to register a throw of over 60 meters in 2016 in order to secure her place. The Ukrainian-born Dorozhon, who became an Israeli citizen in 2014, has struggled with a groin injury for much of the year, and while she managed to return to competition over the past month, she came nowhere near the distance she needed to clear, with her best attempt on Sunday reaching 48.03 meters.She then fouled on her second attempt before deciding to forgo her remaining four throws due to the pain in her groin, leaving her in tears.“After having an excellent year in 2015, Marharyta unfortunately suffered an injury earlier this year and couldn’t recover,” said Israel Athletics Association professional manager Rogel Nahum. “We lost an athlete that we had hoped would be able to reach the Olympic final. She’s sad, but she is still young and has future Olympics to look forward to.”Following Dorozhon’s disappointment, the blue-and-white delegation to Rio will officially number 47 athletes. It will be the largest in Israel history, with the previous record of 43 athletes being set in Beijing eight years ago.Israel’s representatives are continuing to make their way to Rio, with shooter Sergey Richter, the men’s 470 Class sailing team of Eyal Levin and Dan Froyliche, judoka Golan Pollack and the coach of the men’s judo national team Oren Smadja all beginning the long journey on Sunday. Judokas Sagi Muki and Ori Sasson will join Pollack and Smadja later in the week as they will compete later in the Games.“The expectations are very high, but in order to win a medal you have to be perfect,” said Smadja, who knows all about scaling the Olympic podium, winning a bronze medal at Barcelona 1992. “I’m really happy with what the guys have achieved over the past four years. They have gone from being average athletes to being among the world’s best. We need to hope that everything falls into place in Rio and just do it.”