The tight series ultimately came down to the final quarter and it was Khalif Wyatt who proved to be the difference maker. 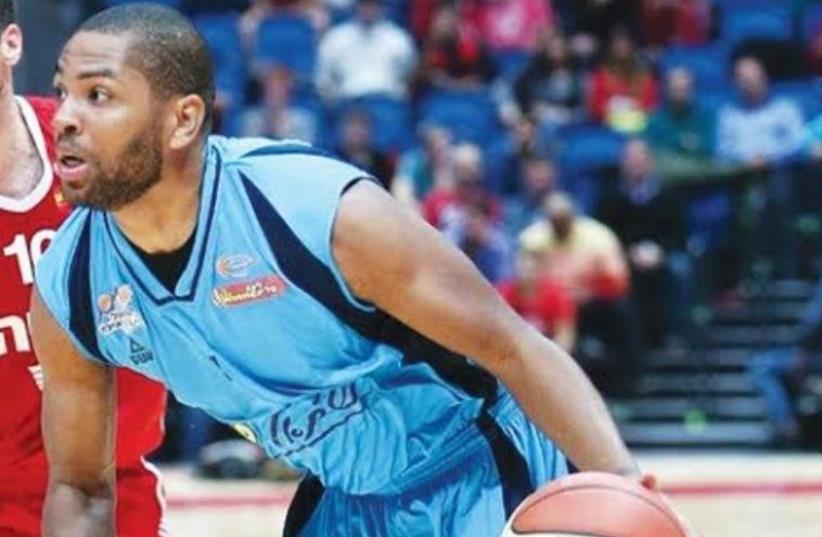 Hapoel Eilat guard Khalif Wyatt in action
(photo credit: ODED KARNI/BSL)
Advertisement
Hapoel Eilat guard Khalif Wyatt almost single-handedly ensured his team advanced to the BSL semifinals on Sunday night, scoring a season-high 35 points, including hitting 8-of- 10 three-point attempts, to clinch an 85-75 win in a decisive Game 5 against Maccabi Haifa.The tight series ultimately came down to the final quarter and it was Wyatt who proved to be the difference maker.The 23-year-old American had five more points than minutes played on the night, including 15 points in the fourth frame.“I just went out there to compete,” said Wyatt. “I took the shots and they went in. The bigger the game, the more fun it is.”Eilat visits Maccabi Tel Aviv in the first game of the best-of-five semifinal series on Wednesday, with Game 2 to be held in Israel’s southernmost city.“This is a big achievement for the club,” said Eilat coach Arik Shivek, who only joined the team in February. “This was a series which was decided by character.I’m delighted for the city and the players and myself as well. It’s my dream to be in the final and maybe it will become a reality.”Adrian Uter added 11 points and 11 rebounds for Eilat, with Dagan Yavzuri finishing with 26 points for Haifa, which reached the final in the past two seasons.There was very little to separate Eilat and Haifa throughout an extremely tight first half.Both teams held five-point gaps at one stage, but couldn’t establish bigger margins, with Eilat taking a two-point edge (36-34) into the second half.The hosts scored the first eight points of the third quarter to open the night’s first double- digit lead (44-34) and Eilat’s gap reached 13 points with four minutes remaining in the frame.However, Haifa never lost hope and moved within a single point (58-57) at the end of the third quarter.The lead continued to exchange hands for much of the final 10 minutes, but ultimately Haifa simply had no answer for Wyatt. The American guard was unstoppable, outscoring Haifa on his own 8-4 at one stage as part of a 15-4 run that opened a nine-point gap (78-69) from which even the resilient Haifa couldn’t come back.