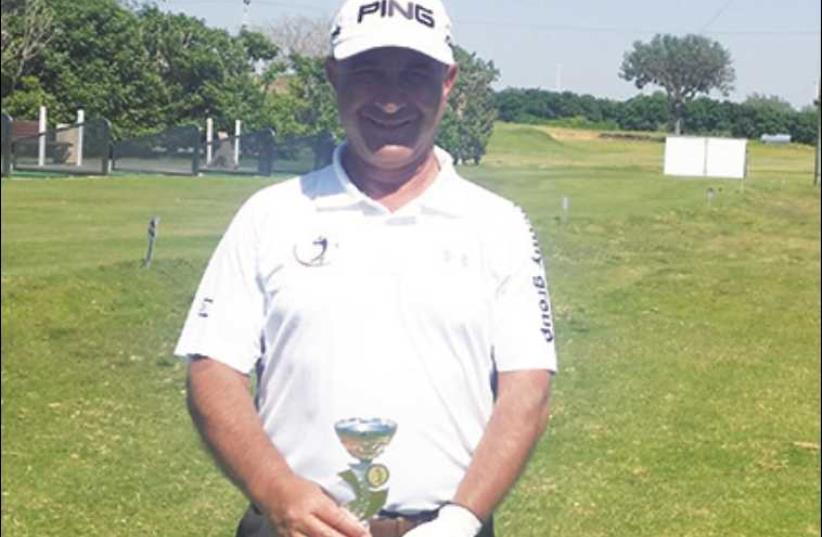 Ga’ash Golf Club’s April Monthly Medal winner Yehuda Levy
(photo credit: Courtesy)
Advertisement
Greg Elliot made it two months in row of having the best gross score at the Ga’ash Golf Club Monthly Medal.There were 60 golfers who teed off in last week’s end-of-April competition in warm and windy conditions. Elliot played the front-9 in a one-over par 36, which included a birdie, six pars and two bogeys. He then came home in a five-over par 40, which gave him a winning total of 76 for the round.Meanwhile, in the A Division, Yehuda Levy and Inon Zadok both finished on net 68, with Levy winning on the countback.It was an impressive showing for Zadok, who just returned to play competitive golf after spending three years in the IDF.Norma Kaufman took home top honors in the B Division with a net 66, followed by Nikita Ben-Ami, who beat Gill Sadeghi on the second-place countback.Veteran golfer Eddy Hoffman kept up his good form by winning the Super Seniors on net 68, followed by Ilan Mendelsohn with a net 69.Nearest-to-the-pin prizes, sponsored by the Greenfield at Ga’ash restaurant, went to Avraham Zantkern.Ga’ash golfers now prepare for the upcoming tournament in honor of the “8200” unit of the IDF.