“We are not afraid to dream. We will enter the game believing we can do something.” 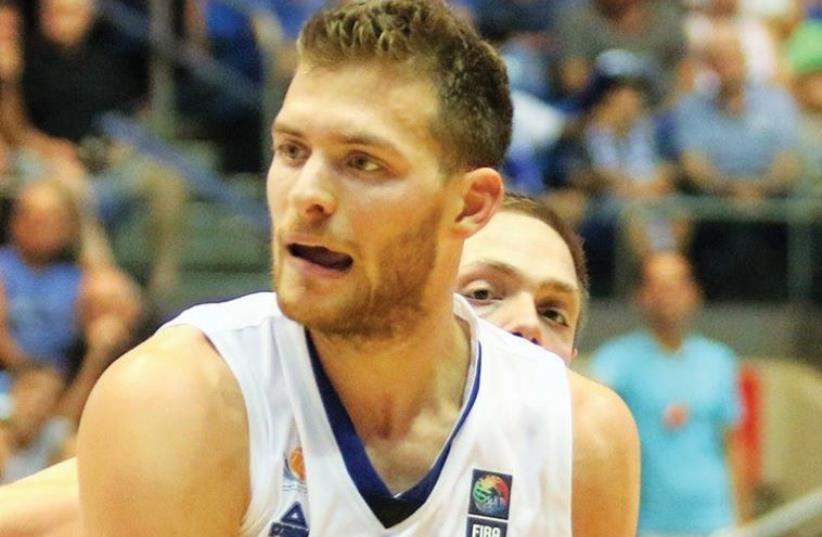 Israel guard Gal Mekel
(photo credit: ADI AVISHAI)
Advertisement
In what looked to be an impossible scenario just last week, Israel will play host and defending-champion France for first place in EuroBasket Group A on Thursday night.The national team secured its progress to the Round of 16 with a game to spare on Wednesday night, registering a 75-73 victory over Poland in Montpellier, France, to improve to 3-1.Thanks to its tie-break advantage over both Finland and Poland, the blue-andwhite is already certain to finish the group no lower than second position even should it lose to France.The top four will advance to the last 16.After suffering a dejecting overtime loss to Bosnia-Herzegovina on Monday, Israel looked hesitant for much of Wednesday’s encounter, committing more turnovers than usual. However, the nerves also took their toll on the Poles and the tight contest would be decided in the closing seconds.A Yogev Ohayon three-pointer opened a four-point gap (69-65) with 1:45 minutes remaining, with Gal Mekel hitting sixof- six free-throw attempts in the final 30 seconds to ensure Israel never lost its lead and that there would be no repeat of the implosion against Bosnia.“We are delighted because we worked so hard and the guys really wanted this win,” said Israel coach Erez Edelstein after the national team progressed past the first round of the European Championships for the first time since 2007. “This is the most important moment of my career.”Mekel led Israel with 18 points, while also registering five assists.D’or Fischer finished with 15 points and eight rebounds, with Omri Casspi adding 14 points and seven boards for the blueand- white, which committed just three turnovers in the second half after registering 10 in the first.Center Yaniv Green, who played eight minutes, tied Doron Jamchi’s all-time national team appearance record, earning his 188th cap in his eighth European Championships. Green is set to break the record against France on Thursday.Damian Kulig and Adam Waczynski had 13 points each for Poland, with Washington Wizards center Marcin Gortat adding 11 points.Israel forced Poland to 23 turnovers, scoring 29 points off them.“We have men with character,” added an excited Edelstein. “They were determined to do this. They have been saying for a year that they will do this. I’m proud to be their coach.”Should Israel stun France and win the group, it will next face the team that will end Group B in fourth place. A second- place finish will see it next play the side that ends Group B in third. Entering the final day of Group B action, Italy, Turkey, Germany and Spain could still all finish in either third or fourth positions.Israel struggled to contain Poland’s offense in the first period on Wednesday, allowing 24 points. However, it scored 22 to trail by just two and held the Poles to a mere eight points in the second quarter to take a 35-32 margin into the break.The lead went back and forth in the third frame, with Israel taking a one-point edge (51-50) into the final 10 minutes.The teams were separated by no more than four points throughout the fourth period, but it was Israel which held its nerve better in the closing seconds to clinch the crucial victory.“After we screwed up from the line in the last game I told Erez to give me the ball in money time,” said Mekel. “This is an amazing feeling. We created expectations after our good qualifying campaign last summer and it feels amazing to achieve your targets. We are sure to receive a really tough opponent next, but we will give our all the way we have done until now.“We are not afraid to dream. We will enter the game believing we can do something.”