Gerbi leads the way for Israeli judokas at European Games

The judo events in Baku are also acting as this year’s European Championships and Gerbi is targeting her third career medal at the continental showcase. 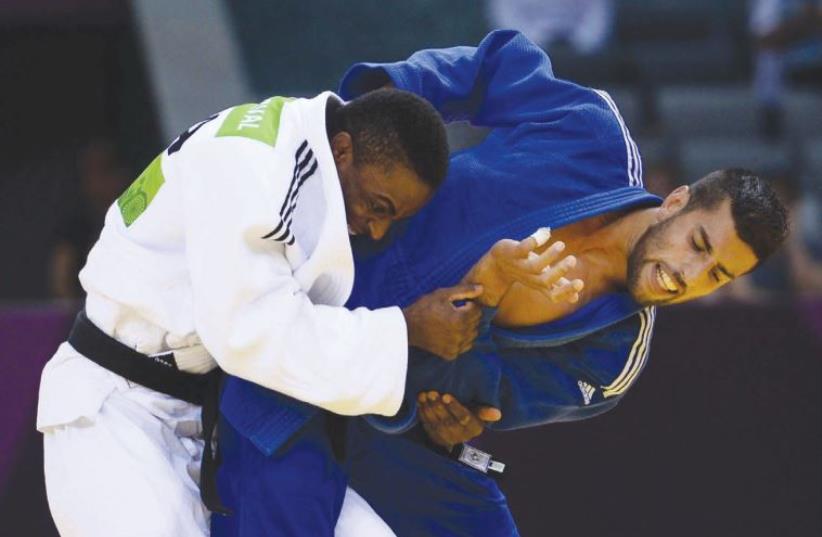 Israeli judoka Golan Pollack competing against Loic Korval of France
(photo credit: OLYMPIC COMMITTEE OF ISRAEL)
Advertisement
Former judo world champion Yarden Gerbi will enter the fray at the European Games on Friday, aiming to claim a medal in the under-63 kilogram competition in Baku, Azerbaijan.The judo events in Baku are also acting as this year’s European Championships and Gerbi is targeting her third career medal at the continental showcase.She scaled the podium at the European Championships in 2012 and 2013, claiming silver and bronze medals, respectively, but suffered a shock early exit at last year’s event.Gerbi will also be aiming to make up for the disappointing showing by Israel’s judokas in the first day of the competition in Baku on Thursday, with all nine representatives failing to make it past the last 16.“This was somewhat of a disappointing day,” said the coach of the Israel women’s team, Shany Hershko. “We had some close calls and we will have to do our homework. We have four more women competing on Friday and hopefully we will enjoy a better day. I hope everything falls into place for them so that we finish the day feeling a little happier than today.”Former Israeli judoka Alice Schlesinger, who began representing Great Britain at the end of last year following an ugly dispute with the Israel Judo Association, will also be competing in the under- 63kg event in Baku, but can’t face Gerbi until the final or the repechage.