Gilboa’s 87-82 defeat to Hapoel Holon at Gan Ner saw the northerners fall to an 8-23 record. 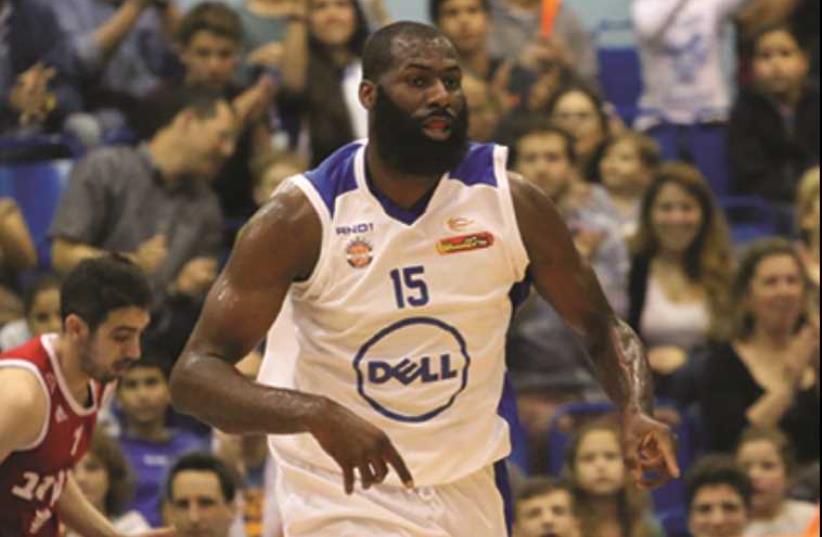 Bnei Herzliya forward Julian Wright
(photo credit: ADI AVISHAI)
Advertisement
After 35 years in Israeli basketball’s top flight and just five seasons after winning the championship, Hapoel Gilboa/Galil was relegated to the National League on Monday.Gilboa’s 87-82 defeat to Hapoel Holon at Gan Ner saw the northerners fall to an 8-23 record and means it will end the campaign bottom of the BSL standings.Gilboa can still finish with the same record as Maccabi Ashdod should it win both of its remaining regular season games and its rival loses twice. However, Gilboa would still not leapfrog Ashdod, which owns the head-to-head tiebreaker after winning two of their three meetings this season.A 9-0 run to end the first period gave Holon a 10-point gap after 10 minutes (28-18), which it still held at the break (42-32).A 13-2 surge to start the second half gave Gilboa the lead, but Holon was the calmer team in the closing stages and eked out the win.Jordan Taylor and Sean Evans had 19 points each for Holon, which moved to 16-15.De’Mon Brooks had 18 points to lead Gilboa.Since it lifted a second league title in club history under the guidance of coach Oded Katash in 2010, Gilboa has been on a constant decline.It reached the Final Four in the following season, was knocked out in the quarterfinal playoffs in the subsequent campaign and was well off the top of the standings in the past couple of years.A 10-game losing streak midway through the season saw Gilboa drop to last place and resulted in the sacking of coach Barak Peleg. However, his replacement Ariel Beit-Halachmi led the team to just three wins in nine games and Gilboa will have to get used to life in the second division next season.Elsewhere, Bnei Herzliya kept its playoff hopes alive with a 100-96 win over in-form Hapoel Jerusalem on Monday. Julian Wright and Jasper Johnson had 21 points each for Herzliya, which improved to 14-17, one game back of Hapoel Tel Aviv in eighth place.Donta Smith finished with 27 points for Jerusalem, which had won seven straight games.Hapoel Eilat moved tied with Holon and Maccabi Haifa at 16-15 after beating Maccabi Rishon Lezion 72-68.Afik Nissim and Elishay Kadir had 14 points each for Eilat. Shawn Dowson scored 21 points for Rishon, which remained in third place at 17-15.Meanwhile, Maccabi Tel Aviv announced on Monday that it will face Olimpia Milano on October 1 at the United Center in Chicago, with the sides to play once more three days later at Madison Square Garden in New York.