After beginning the campaign with three straight wins last year, Israel’s bid to reach a first major tournament since the 1970 World Cup completely unraveled in 2015. 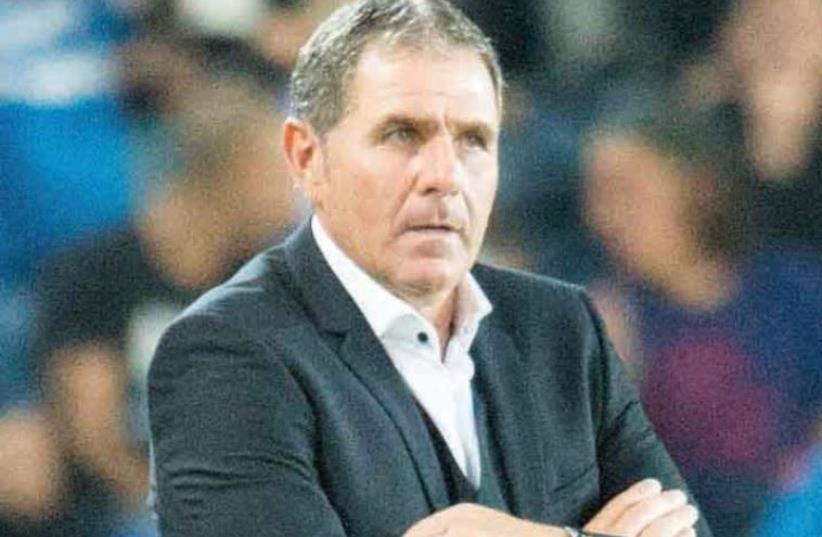 Israel national team coach Eli Gutman
(photo credit: ASAF KLIGER)
Advertisement
Israel may still have a mathematical chance of advancing to the Euro 2016 qualifying playoffs, but judging by the response of coach Eli Gutman and his players following Saturday’s disastrous home defeat to Cyprus, they would have rather not even boarded the plane for Sunday’s flight to Belgium.The national team will have to beat group leader Belgium in Brussels in its final Group B match on Tuesday to have any chance of finishing in the all-important third place after Jason Demetriou gave the Cypriots a stunning 2-1 win at Teddy Stadium in Jerusalem.After beginning the campaign with three straight wins last year, Israel’s bid to reach a first major tournament since the 1970 World Cup completely unraveled in 2015.The blue-and-white lost at home to Wales, Belgium and Cyprus, suffered defeat in Bosnia, while beating only Andorra at home and drawing on the road against Wales. Four points from a possible 18 have seen Israel go from first to fourth in the standings, with the blue-and-white even in danger of ending the campaign in fifth.The loss to Cyprus was made all the more painful by the fact Israel deserved no better, being beaten by a side which since stunning Bosnia in its group opener had lost all five of its matches against opponents not named Andorra.Israel’s only chance to finish in third place and qualify for the playoffs is to register a stunning win over Belgium on the road while hope that Bosnia- Herzegovina doesn’t beat Cyprus on Tuesday.While Belgium will likely be fielding a weakened side as it has already wrapped up its progress and Cyprus proved on Saturday that it is certainly capable of not losing at home to Bosnia, no one on Israel’s despondent national team seems to even be considering the prospect of making a dramatic comeback.“This is certainly one of the most painful defeats of my career,” said coach Eli Gutman, who will leave his post barring an unlikely combination of results on Tuesday. “As things stand we don’t deserve to be in the playoffs. I don’t even want to talk about our chances. Doing so after losing at home to Cyprus would be pathetic.”