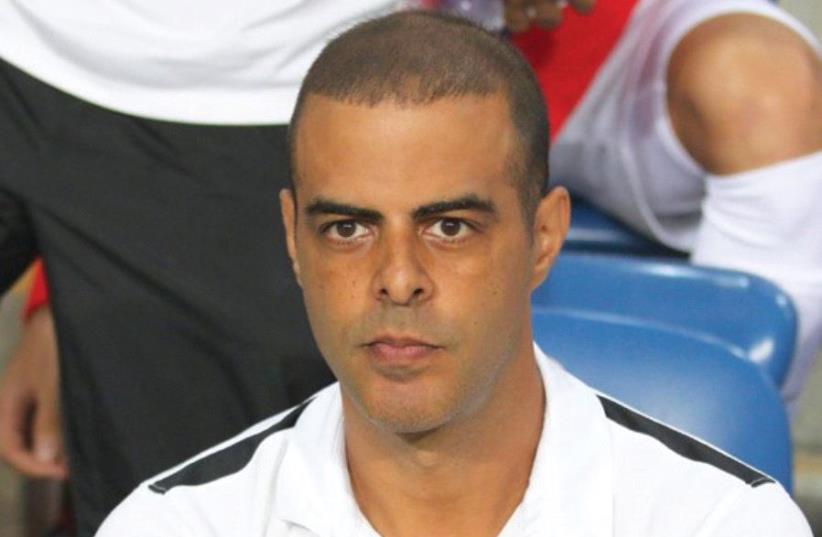 Guy Luzon was named as the new head coach of Maccabi Haifa last night, replacing Rene Meulensteen following his disappointing tenure.
(photo credit: AVI AVISHAI)
Advertisement
One month after leaving Hapoel Tel Aviv, Guy Luzon was named as the new head coach of Maccabi Haifa on Monday, replacing Rene Meulensteen who was sacked earlier in the day.Haifa picked up just 29 points from its first 22 league matches of the season under Meulensteen, winning only seven games. The Greens were also knocked out at the first hurdle in the State Cup, losing to Maccabi Petah Tikva in the round of 32.The humbling 3-0 loss to Hapoel Haifa on Saturday was the team’s biggest defeat in the derby since 2001 and marked the end of the road for Meulensteen, who came in with great expectations having worked as Sir Alex Ferguson’s assistant at Manchester United.Luzon, who was handed a deal until the end of 2017/18, will be hoping his stay in Haifa lasts a lot longer than his four-month tenure at Hapoel. He resigned last month due to the dramatic changes the squad underwent after the club’s bankruptcy and the takeover by a new ownership group.“I’m excited to be coming to Maccabi Haifa. This is a great challenge. The peak of my career,” said Luzon. “I’ve got a lot of work ahead of me and I will do everything so that Maccabi Haifa returns to the places it deserves to be in.”Haifa owner Jacob Shachar said the change was inevitable. “Even in the biggest clubs there comes a moment when you make changes to the professional staff,” he explained. “Unfortunately, that is also the case with us.”