The 28-year-old guard led Bandar Imam to the Iranian league title last week and has also played in Italy and Germany in the past. 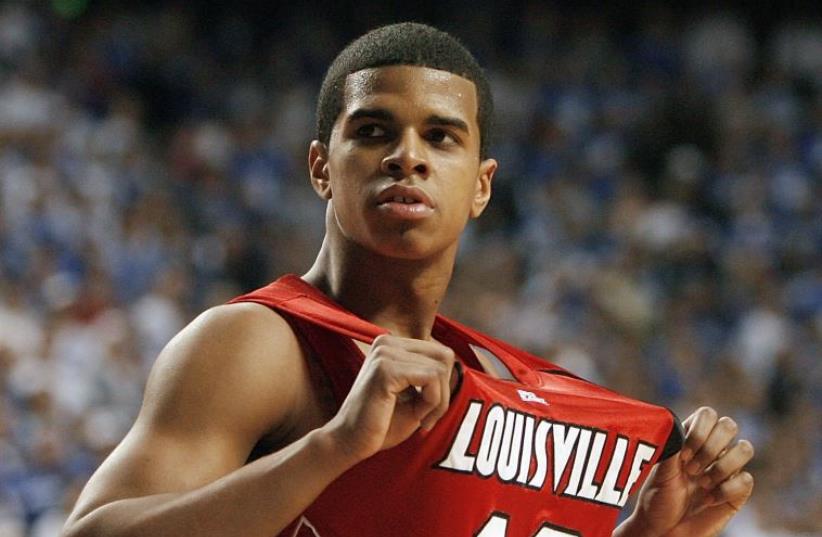 Hapoel Jerusalem announced the signing of Dominican guard Edgar Sosa
(photo credit: REUTERS)
Advertisement
While the renewal of diplomatic relations between Israel and Iran remains a far-fetched possibility, the sports world provided a rare contact between the countries this week.Israeli champion Hapoel Jerusalem announced the signing of Dominican guard Edgar Sosa on Saturday, bolstering its roster ahead of the run-in to the BSL campaign. There was, however, one possible hitch, with Sosa's last club being Iran's Petrochimi Bandar Imam.In order for Sosa's signing to become official, Jerusalem needed the Iranian Basketball Association to file his release form with world basketball's governing body FIBA by Tuesday afternoon, a formality on most occasions but not in this one. However, any concern that the Iranians might hamper Sosa's addition was dispelled on Tuesday with the arrival of his international release form.The 28-year-old guard led Bandar Imam to the Iranian league title last week and has also played in Italy and Germany in the past."I hope Israel-Iran relations don't get in the way," said Sosa upon his arrival in Israel on Sunday."It was a culture shock playing in Iran. There is no nightlife, alcohol is illegal, so for me it was six months of sleep, eat and play basketball. I'm thankful for the opportunity I have been given to play for Jerusalem." Jerusalem currently holds a two-and-a-half game lead at the top of the BSL standings and needs just two wins from its final five regular season games to secure the No. 1 seed in the playoffs following Monday's 97-65 victory over Maccabi Kiryat Gat which Sosa watched from the stands."I'm happy Edgar has joined. We have been in touch for a long time," said Jerusalem coach Danny Franco. "Sosa's abilities will allow us to be more versatile as a team and deeper in the guard positions."