Hapoel Jerusalem owner Ori Allon is confident that this decision will not result in the team missing next season’s BSL campaign. 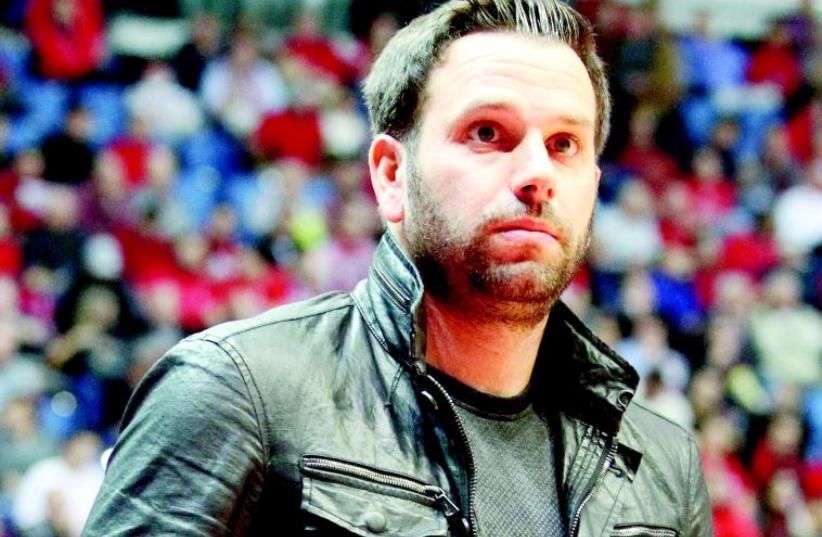 Hapoel Jerusalem owner Ori Allon.
(photo credit: DANNY MARON)
Advertisement
The Israel Basketball Association notified Hapoel Jerusalem on Tuesday that it will not be allowed to register for the 2016/17 BSL campaign due to its decision to play in the Eurocup rather than FIBA’s new Champions League.The IBA’s letter comes on the back of the bitter war between FIBA and the Euroleague, which also runs the Eurocup. Jerusalem’s decision to be part of the Eurocup rather than the Champions League was made official on Monday when the Euroleague announced the 24 teams that will compete in the event next season.As a member of FIBA and with Israel to serve as a co-host of EuroBasket 2017, the IBA is under pressure to play its part in the battle being waged by FIBA. However, the BSL, which has been given the authority to run the top flight of Israeli basketball by the IBA, said on Tuesday that it has no intention of adhering to the IBA’s letter and that it will allow Jerusalem to enroll for league play.Matters were further complicated when Maccabi Tel Aviv, which will play in the Euroleague next season, told the BSL that should Jerusalem be suspended, it too will not take part in league action.“Do you really think that Hapoel Jerusalem and Maccabi Tel Aviv will not play in the BSL next season?” said BSL chairman Shmuel Frenkel.“The IBA will have to give in because what they are asking for is unrealistic.”Jerusalem, which signed a three-year deal to play in the Eurocup two months ago, was seriously considering leaving the competition after seven seasons and playing in the inaugural campaign of the Champions League. However, after additional details regarding the new competition were revealed, and following negotiations with the Euroleague, Hapoel opted to stay put.With the war between FIBA and the Euroleague continuing to escalate, the IBA sent a letter to Jerusalem back in April reminding it of the IBA’s responsibilities towards FIBA. The IBA was among 14 national associations sent a letter by European basketball’s governing body several days earlier in which FIBA Europe warned the countries about their association with the Euroleague. The letter included a threat that any federation that backed the Euroleague would automatically lose the right to participate in senior men’s national team competitions, including the Olympic Games.With Jerusalem turning down FIBA’s offer, Israel will be represented in the Champions League by new champion Maccabi Rishon Lezion, which beat Jerusalem in the BSL final earlier this month.Next season’s Eurocup will see 24 teams divided into four groups of six, each playing 10 round-robin games starting in October. The best four teams in each regular season group will advance to the Top 16, which will consist of four groups of four teams, which will play six round-robin games beginning in early January 2017. The top two in each group will advance to the quarterfinals, which like the semifinals and finals will be played in a best-of three playoff format.Hapoel Jerusalem owner Ori Allon is confident that the letter sent by the Israel Basketball Association yesterday notifying the club that it won’t be able to register for the 2016/17 season will not result in the team missing next season’s BSL campaign.