The national team entered the game brimming with confidence after upsetting Russia and Finland to start the European Championships. 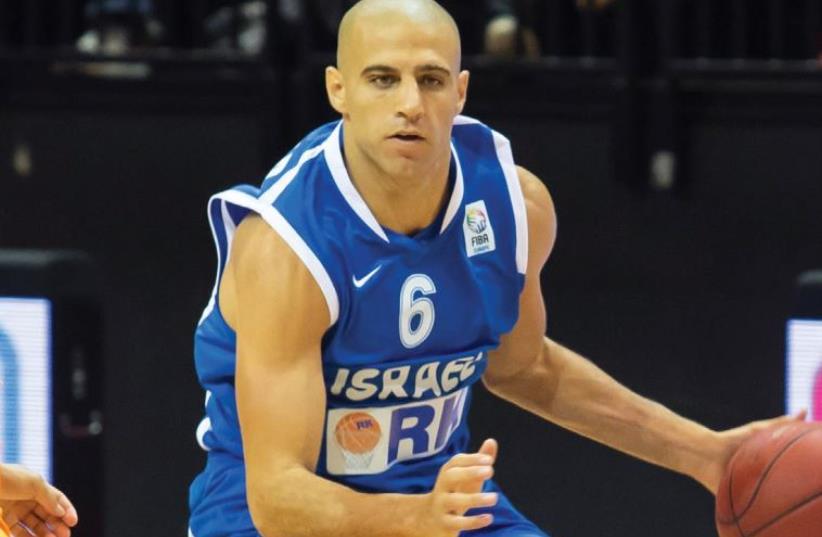 Israel guard Raviv Limonad
(photo credit: FRANS NELISSEN)
Advertisement
Israel will have to wait at least until Wednesday to secure its place in the knockout rounds of EuroBasket 2015 after suffering a heartbreaking 86-84 overtime loss to Bosnia-Herzegovina in Montpellier, France on Monday night, the blue-and-white’s first defeat of the campaign after opening Group A with two consecutive victories.The national team entered the game brimming with confidence after upsetting Russia and Finland to start the European Championships.Israel led by as many as 16 points early in the third period on Monday, and despite allowing Bosnia to erase the entire deficit by the start of the fourth quarter, still had several opportunities to clinch the win and its place in the Round of 16 in the closing seconds of regulation.However, Israel center D’or Fischer only hit one of two freethrow attempts twice in the final 10 seconds, when scoring both on the same trip would have opened an effectively unassailable four-point gap, before Elmedin Kikanovic netted a desperation three-pointer at the buzzer to force overtime.Israel still seemed to be heading to a win after scoring the first seven points of the extra period, but Bosnia fought back once more and Kikanovic’s basket with 0.2 seconds remaining sent the blue-and-white to a painful defeat.Nevertheless, Israel still remains on the verge of progressing past the first round of the championships for the first time since 2007.The national team will enjoy its first day of rest of the tournament on Tuesday before facing Poland on Wednesday and completing its group games against host and defending champion France on Thursday.A victory over Poland will not only secure Israel a top-four finish and qualification, but will also likely see the team advance from the runners-up position, assuming favorite France doesn’t slip-up.Even should Erez Edelstein’s team lose to Poland and France and end the group with a 2-3 record, it will only fail to qualify for the next round should Finland win its final two games against Bosnia and Poland, while Bosnia also defeats Russia in their final contest.However, Israel will not want to depend on favors and will aim to quickly forget about the dejecting defeat to Bosnia after such an encouraging start to the championships.“This is annoying. We should have never lost this game,” said Edelstein. “This was cruel. We already led by 16 points, but there is no such thing as garbage time in these types of tournaments.“This is a real shame because we played really well during many stages. We shouldn’t be in this situation, but we will compose ourselves in the rest day and we will prepare for Poland. We didn’t deserve to lose.”Omri Casspi led Israel with 29 points, 20 of them in the first half, also grabbing six rebounds and registering five assists. Gal Mekel and Lior Eliyahu added 14 points each, with Fischer finishing with 12 points and eight rebounds.Nemanja Gordic had 22 points for Bosnia, with Andrija Stipanovic adding 16 points and 18 rebounds.“We had the win in our hands, but we let it slip,” said Casspi. “It is difficult to play three games in three days and maybe that also took its toll. We now face a very important game against Poland and we will rest well and be ready. It will be a tough game, but we will have to get the job done.”