Israel faces Russia in its European Championships opener in Montpellier, France on Saturday. 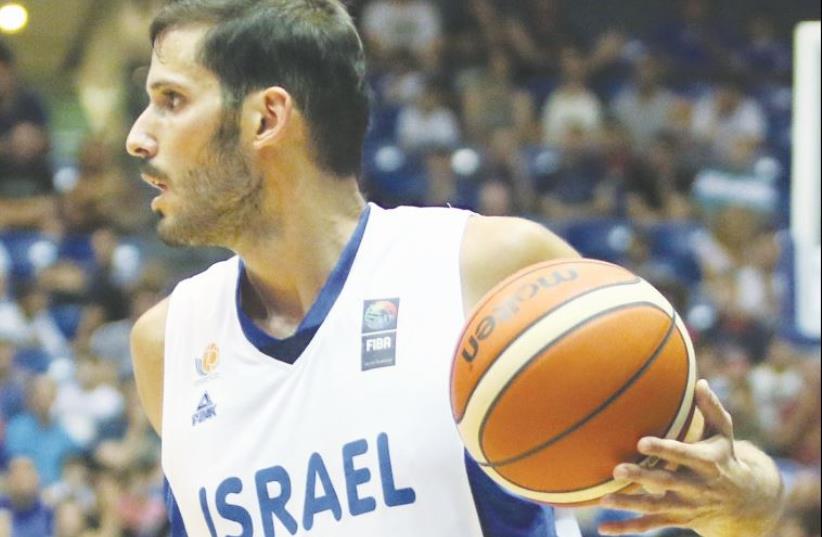 Israel forward Omri Casspi had 23 points in the national team’s 86-76 defeat to Croatia
(photo credit: ADI AVISHAI)
Advertisement
Israel enters the final stretch of its preparations for EuroBasket 2015 with plenty of question marks after falling to 1-7 in its warm-up games on Friday, losing 86-76 to Croatia in Zagreb.Israel faces Russia in its European Championships opener in Montpellier, France on Saturday, the first of five games in six days in the group phase. The blue-and-white is aiming to advance past the first round for the first time since 2007 after winning just three games in total over the past three tournaments. However, its preparations have been anything but encouraging, although there were some reasons for optimism even in the defeat to Croatia.Israel, which beat Estonia on Thursday for its one and only win of the summer to date, led 43-34 against the strong Croatians after an impressive first half in Zagreb. However, it was outscored by 19 points in the second half.“We had an excellent first half. We played exactly the way we wanted to,” said Omri Casspi, who finished with 23 points, eight rebounds and five assists.“In the second half they raised their level of intensity and surprised us with zone defense. We will learn from this and the most important thing is that we are improving with every game.”Dagan Yivzori netted 12 points for Israel, all of them in the second quarter.“We should have been smarter and found a way to hold on to our lead,” said Lior Eliyahu, who had just four points after averaging 15.0 points per game in the first two contests in Zagreb against Bosnia and Herzegovina and Estonia. “We need to take the good things from this match as this was our last test ahead of the European Championships.”The national team returned home on Saturday and will train in Israel over the next four days before it leaves for France on Thursday.Israel coach Erez Edelstein will announce his 12-man roster for the championships in the coming days, cutting four players from his preliminary squad.Youngsters Rafi Menco and Oz Blayzer are both likely to be left at home, with Edelstein facing a tough decision regarding the two other players he will drop.The national team will play in Group A in EuroBasket 2015, being drawn with host and defending champion France, as well as Russia, Bosnia and Herzegovina, Poland and Finland. The top four teams in the group will progress to the knockout rounds.