A 5-2 victory on Thursday night over Great Britain at MCU Park on Coney Island definitely got things off on the right note. 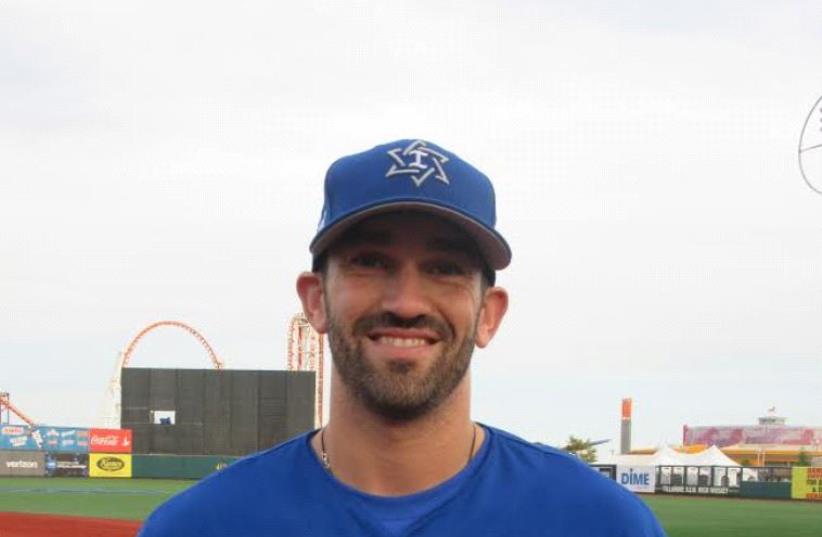 JOSH ZEID, a former pitcher for the Houston Astros who is currently in New York Mets' system
(photo credit: HOWARD BLAS)
Advertisement
Team Israel came into the World Baseball Classic Qualifier tournament in Brooklyn with a chip on its shoulder, looking to write a new chapter to the blue-and-white baseball legacy after painfully falling just short of the global showcase in 2012.A 5-2 victory on Thursday night over Great Britain at MCU Park on Coney Island definitely got things off on the right note."That wound [from 2012] never healed for us," said third baseman Cody Decker. "Every time we see each other, we always bring it up."Trailing 2-1 in the seventh inning, a four-run rally propelled Israel to a scrappy, come-from-behind triumph, an important opening result for the weekend tournament, played at the home of the Mets' Class A affiliate Brooklyn Cyclones.Brazil - managed by baseball Hall-of-Famer Barry Larkin - dominated Pakistan 10-0 in Thursday's other game, with the outcomes setting up a duel between Israel and Brazil on Fridat at noon ET. Great Britain plays bracket newcomer Pakistan in the 7 p.m. elimination game. The winner of Sunday's championship game at 6 p.m. will travel to Seoul, South Korea, next March and compete against host Korea. All games can be streamed live on WorldBaseballClassic.com."It brings pride to my heritage and tradition, and at the same time they are meaningful games," said starting pitcher Jason Marquis. "They mean a lot to the country of Israel and for raising awareness for the game I love so much."A 15-year MLB veteran who last pitched with the Reds in 2015, Marquis, 38, allowed a run on two hits in three innings.Craig Breslow, an 11-year MLB veteran, pitched an inning in relief of Josh Zeid, who allowed a run and struck out six in 32/3 innings of relief."You try to use your experience and competitiveness to get through," Marquis said. "Surprisingly, I felt pretty good.""Israel had a great increase in [baseball] participation after we played in 2012," Decker said. "Hopefully we can build on that this time around."