Although the Israeli curlers ended up losing in the bronze medal game to Latvia, they were able to garner the respect of the curling world. 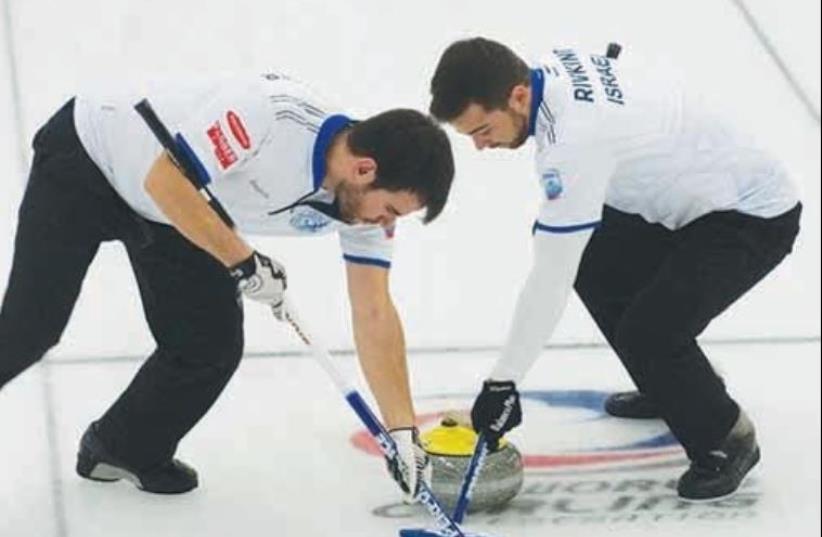 DESPITE BEING a relative newcomer to the sport, Israel is quickly rising up the rankings among the top curling countries in Europe
(photo credit: Courtesy)
Advertisement
The Israeli National Curling team moved up to No. 34 in the world with a strong showing at the European Curling Championships in Denmark this month. Although the Israeli curlers ended up losing in the bronze medal game to Latvia, they were able to garner the respect of the curling world. The European B Group Championships consisted of 16 teams split into two groups of eight teams. Israel competed in a group with Austria, Latvia, England, Slovakia, Spain, Croatia, and Estonia. In the round-robin stage Israel ended with a 4-3 record earning them a playoff spot as the number three team in the group behind Austria and Latvia. They went on to beat Lithuania from the other group to earn them a chance at a medal against Austria. The blue-and-white eventually lost to Austria and then went on to lose the bronze-medal game to Latvia. Overall, this was an impressive result for the Israeli curlers who are forced to train outside of Israel because there currently is no dedicated curling ice facility in Israel. “This has been a tremendous week and a great year for Israeli curling and we hope to build on this success with more growth and development,” said President of the Israel Curling Federation, Alex Tripolsky. Curling is considered the fastest growing winter Olympic sport in the world and in the 2018 Winter Olympics a new discipline, Mixed Doubles Curling, will be added.