Team Israel drives home a 2-1 victory in its historic first appearance in the sporting tournament. 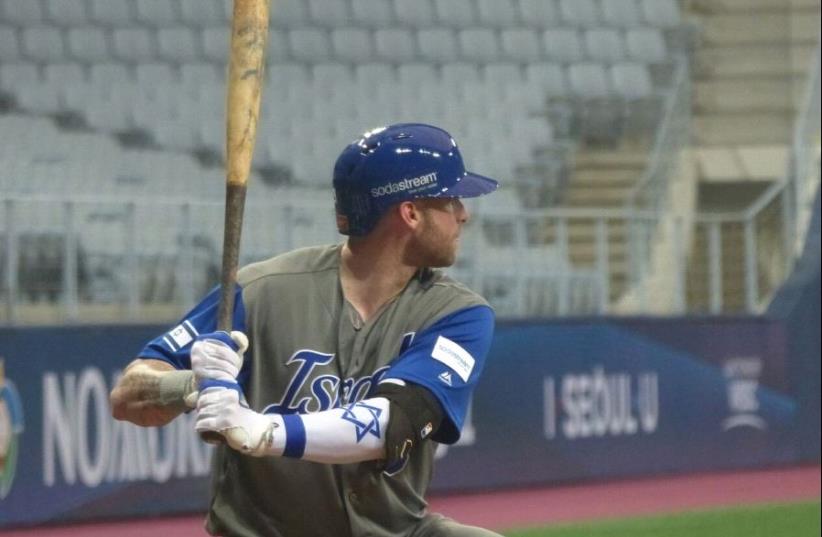 Team Israel wins World Baseball Classic opener
(photo credit: MARGO SUGARMAN)
Advertisement
Israel's national team got its World Baseball Classic campaign off to a dream start on Monday, beating host South Korea 2-1 after 10 innings in Seoul.Mike Meyers scored the winning run for Israel in the top of the 10th inning thanks to Scott Burcham's single. Pitcher Josh Zeid was credited with the win for Israel, pitching three scoreless innings.Israel plays Chinese Taipei in its second game on Tuesday before wrapping up Pool A action against the Netherlands on Thursday. The top two teams in the pool advance to second round Pool E which will be played in Tokyo, Japan. The top two in Pool E will progress to the semifinals at Dodger Stadium in Los Angeles. Israel is participating in the event for the first time in its history, qualifying after one previous failure. The competition's eligibility rules, which permit a player to represent a nation as long as he is qualified for citizenship or to hold a passport under the laws of that nation, allow Israel to benefit from a large pool of American-Jewish players. Of the roster's 29 players, only three are Israeli citizens, with 11 of the players having MLB experience.