"After I took the first set 21-12, they did everything so that the Israeli won't win a gold in Turkey." 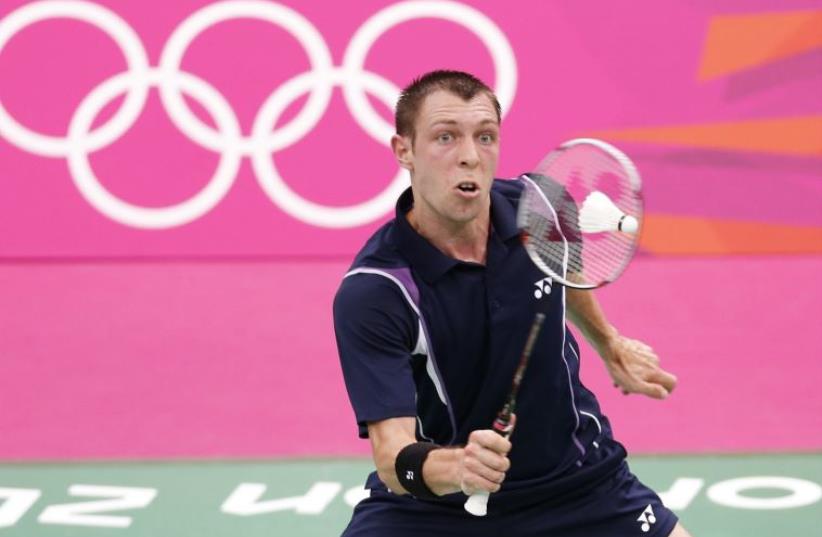 Israel's Misha Zilberman plays against Denmark's Jan O Jorgensen during their men's singles group play stage badminton match at the Wembley Arena during the London 2012 Olympic Games
(photo credit: REUTERS)
Advertisement
After the harrowing experience of competing at the badminton world championships in Indonesia, Israeli Misha Zilberman returned to the podium on Sunday, finishing second in the IBB Turkish International Badminton Cup.However, Zilberman said he once more suffered from what he believes was anti-Israeli sentiment, claiming that he only lost in the final to Yuhan Tan of Belgium due to bias umpiring.Zilberman took the first set 21-12, only to lose the next two 21-13, 21-18."After a tough period I'm back on the podium, in second place," Zilberman wrote on Facebook. "Not because my opponent was better than me, but because the two umpires were from Turkey. After I took the first set 21-12, they did everything so that the Israeli won't win a gold in Turkey. Second place is alright as well. Thanks to everyone who has helped and supported me."Zilberman claimed that Indonesian authorities tried to "break him and humiliate him" and that he received death threats before finally being granted entry to Jakarta to play in the world championships two weeks ago.Zilberman's participation in the competition lasted just 34 minutes, with the 26-year-old Israeli, who took part in the London 2012
Olympics, losing 21-14, 21-14 to Jen Hao Hsu of Taiwan in the first round.Israel and Indonesia do not have formal diplomatic ties and it is difficult for Israelis to visit the country.