Gerbi defeated Miku Tashiro of Japan for Israel’s first Olympic medal since the 2008 games in Beijing. 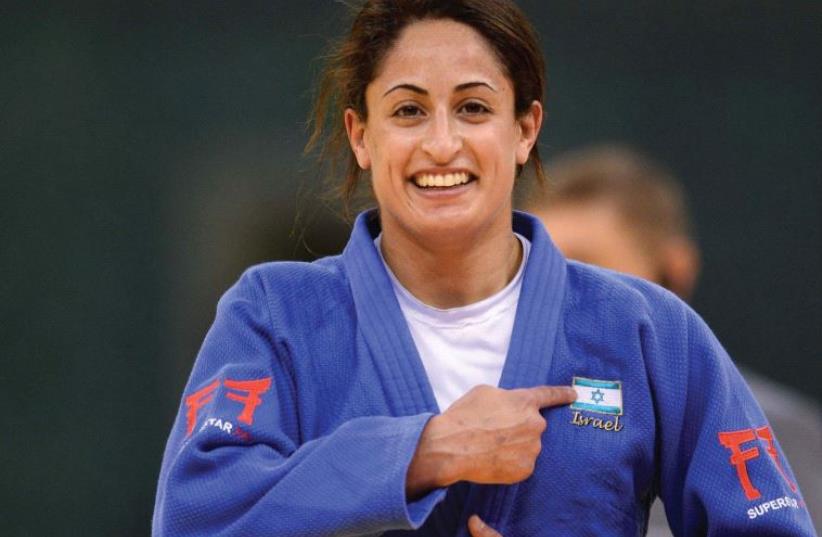 Yarden Gerbi
(photo credit: Courtesy)
Advertisement
Just three months after celebrating her 28th birthday, and after one of the greatest careers in Israeli sports history, Yarden Gerbi announced her retirement from judo on Monday.Gerbi said at a press conference in Tel Aviv that she no longer has the motivation to train and compete after realizing all her sporting dreams by winning a bronze medal at the Rio Olympics last summer.Three years earlier, Gerbi became the first Israeli judoka to be crowned world champion, winning the gold medal in the under-63 kilogram competition in the championships that were also held in Rio.She claimed a silver medal in the world championships a year later and also has three medals to her name from the European Championships (one silver and two bronze).The upcoming European Championships will take place in Israel next year and Gerbi said that she understood it was time to retire when even the prospect of competing in front of her home crowd didn’t motivate her.“Winning the Olympic medal made me feel complete.I achieved everything I wanted and dreamed of,” said Gerbi. “All the sacrifices, losses, victories, injuries and difficult moments were worth it. The Olympic medal made me feel eternally happy.“One of my dreams was to take part in the European Championships in Israel next year,” added Gerbi. “But unfortunately there is no way for me to participate in this competition without being completely committed and dedicated in training. After many sleepless nights, I decided to retire from judo, from the sport I love so much and from my life’s work. I’m ending my career with my head held high, proud of all I did and of my uncompromising way.”After a break and undergoing surgery on her elbow, Gerbi initially returned to training with the intention of competing this year. But it wasn’t long before she understood that she no longer had the desire to continue.“When I began training again I did so with passion, having new goals and no pressure,” noted Gerbi, one of only two athletes (the other being Shahar Pe’er) to be named twice as The Jerusalem Post Israeli Sports Personality of the Year (2013, 2016). “I experienced my best ever training camp in Japan and then had another excellent training camp in Spain where I was in great form and was injury free. But as I continued to train I felt that I lost my passion and that I was no longer as motivated as before. From someone who used to jump out of bed for morning training sessions, I become someone who had doubts whether she wanted to get up for practice and whether I had the motivation to continue. I tried to reinvent myself, but unfortunately, the passion was gone.”Gerbi revealed she has no concrete plans for the near or distant future, but said that she wants to end her degree in economics and management and that she is thinking about opening a chain of judo clubs to nurture the next generation.“I’m the only one who knows what I’m feeling inside and I knew this was it. This is a very scary step. I’m 28 and I have no idea what I’m going to do tomorrow. But I know that I can no longer continue in judo,” said Gerbi, who was selected as one The Jerusalem Post’s 50 most influential Jews in 2016.“I’m sure that there are many challenges out there that will interest me. If there is something I have learned, it is that I need a goal and that when I have a goal I will achieve it at all cost.”