There is little doubt that Toumarkin is Israel’s leading swimmer and he will be aiming to show exactly why in Rio. 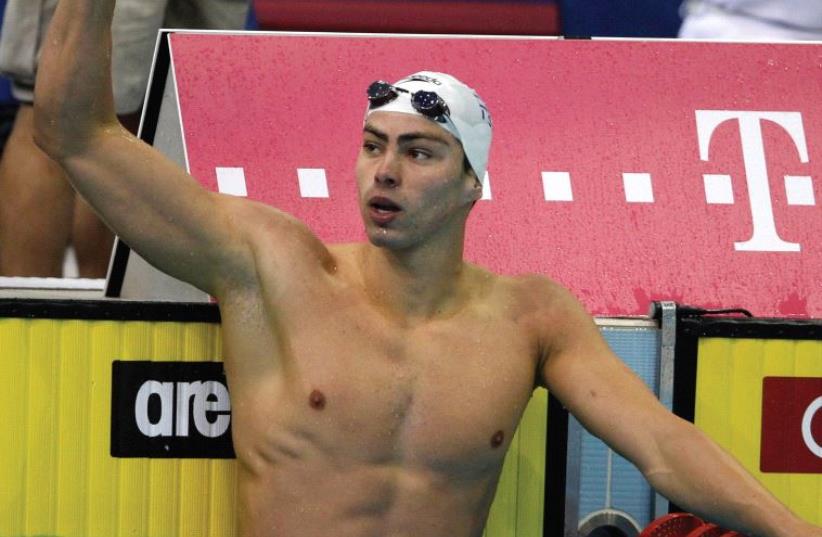 Yakov Toumarkin
(photo credit: Courtesy)
Advertisement
Date of Birth: February 15, 1992 (age 24) Event: Men’s Swimming Schedule in Rio: 100-meter backstroke qualifiers, semifinals – August 7, final – August 8; 200-meter backstroke qualifiers, semifinals – August 10, final – August 11 Career highlight: Seventh place in 200m backstroke final at London 2012 Outlook for Rio: There is little doubt that Toumarkin is Israel’s leading swimmer and he will be aiming to show exactly why in Rio. He claimed his third career medal at the European Championships earlier this year when he took a silver in the 200m back final. His goal in Brazil will be to improve on his seventh-place finish in that event in London four years ago, the best ever finish by an Israeli swimmer at the Olympic Games.