Samuel made history by not only shattering her own personal record, but she also broke the Israeli record while defeating the reigning world champion, Norwegian rower Birgit Skarstein. 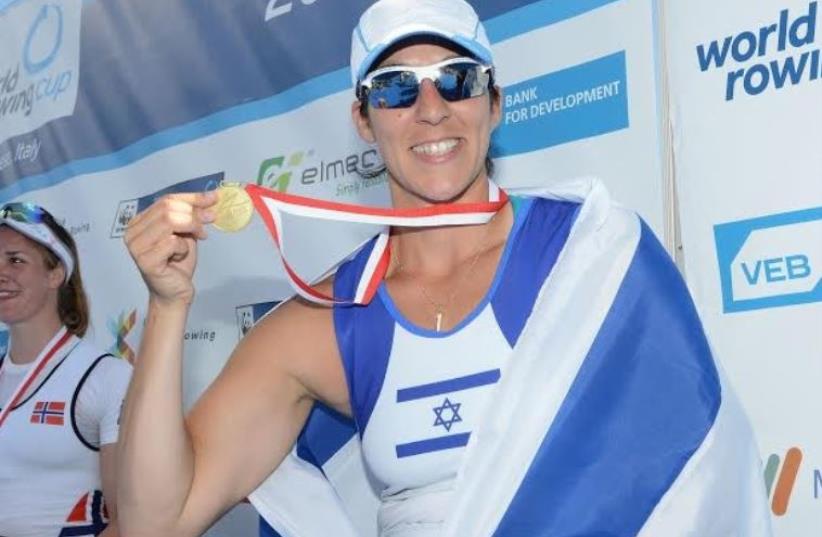 Israeli pararower Moran Samuel shows off her gold medal
(photo credit: DETLEV SEYB)
Advertisement
Moran Samuel, the Israeli paralympic athlete, did her nation proud on Saturday by capturing the gold medal in rowing at the 2015 World Rowing Cup in Italy.Samuel made history by not only shattering her own personal record, but she also broke the Israeli record while defeating the reigning world champion, Norwegian rower Birgit Skarstein.The Israeli rower crossed the finish line with a time of 5:15.77.Samuel and Skarstein darted out in front of the rest of the field of competitors at the opening gun. Throughout the race, it was a two-woman contest. By the time the two women reached the last stage of the race, Samuel put more space in between her and Skarstein. In the end, Samuel defeated the Norwegian by a full six seconds.Samuel has been guided by her Italian coach, Paula Grizati. She has also trained extensively at The Daniel Rowing Center in Tel Aviv.“Moran gives it all she has during training,” Grizati said. “She displays professionalism, and she has made consistent and impressive progress. She deserved to win.”