On Thursday, A.J. Edelman, who was the final Israeli to book his place in Pyeongchang, will enter the fray in the skeleton competition. 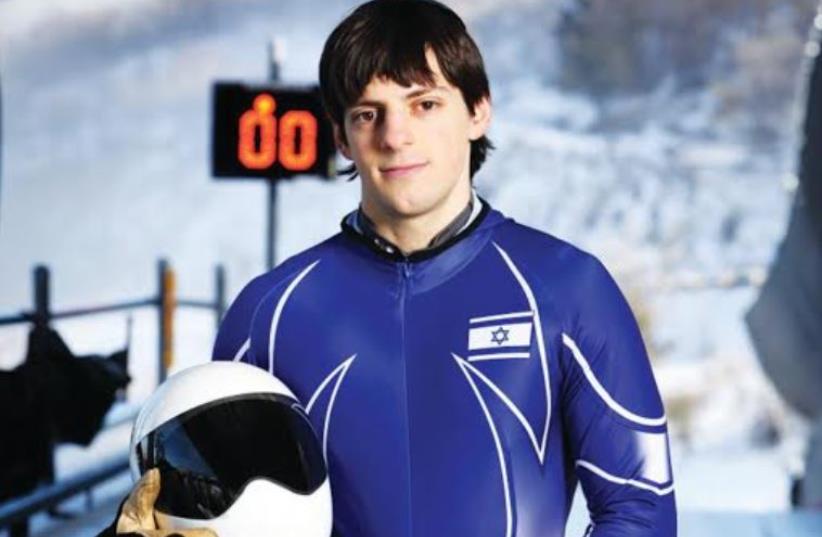 ISRAEL’s ONLY active skeleton athlete, A.J. Edelman
(photo credit: Courtesy)
Advertisement
Despite registering a new season-best score, Israel’s Evgeni Krasnopolski and Paige Conners failed to advance to the pair skating free skate at the Pyeongchang Olympics, finishing in 19th place out of 22 teams in Wednesday’s short program.Krasnopolski and Conners registered a score of 60.35, an improvement of almost four points on their result in the short program in the team event last Friday.However, that was still not good enough for a place among the top 16 pairs who will perform in the free skate on Thursday.Krasnopolski also competed at the Sochi Games four years ago, reaching the free skate with Andrea Davidovich and finishing in 15th place overall.Israel’s next figure skaters to compete at the Games will be Alexei Bychenko and Daniel Samohin, with the men’s event to get under way on Friday.On Thursday, A.J. Edelman, who was the final Israeli to book his place in Pyeongchang, will enter the fray in the skeleton competition.Edelman’s ranking at No. 61 in the International Bobsleigh and Skeleton Federation standings proved to be enough to secure a berth among the 30 athletes at the Games.In skeleton, competitors ride a small sled down a frozen track while lying face down, experiencing speeds of over 130 kilometers/hour.White golden on board again Meanwhile, American Shaun White cemented his legacy as the most successful snowboarder of all time as he delivered a stunning routine under massive pressure on the final run of a gripping halfpipe final on Wednesday to win his third Winter Olympic gold and a landmark 100th for his country.White needed a big performance to overhaul Japan’s Ayumu Hirano and duly delivered with a spectacular display to earn a score of 97.75. His victory means the United States have won all four snowboarding golds awarded at the Games.White, 31, triumphed in 2006 and 2010 and after a long wait for his score on Wednesday he roared with emotion, punching the air as his superstar status – briefly undermined when he failed in Sochi four years ago – was set in stone.“Man, that was awful and amazing at the same time,” White said of the long wait for his score. “I knew I did a great ride and I was proud of that and I could walk away with my head high, but when they announced I’d won, it crippled me.”Nineteen-year-old Hirano, who edged into first place after his second run and then posted 95.25 on his third, could not hide his disappointment as he trudged away from the finish area having matched his silver from Sochi 2014.Australian Scotty James, the 23-yearold world champion, took bronze.White became the first American male to win gold at three separate Winter Olympics. Speedskater Bonnie Blair won gold in the 1988, 1992 and 1994 Games.Reuters contributed to this report.