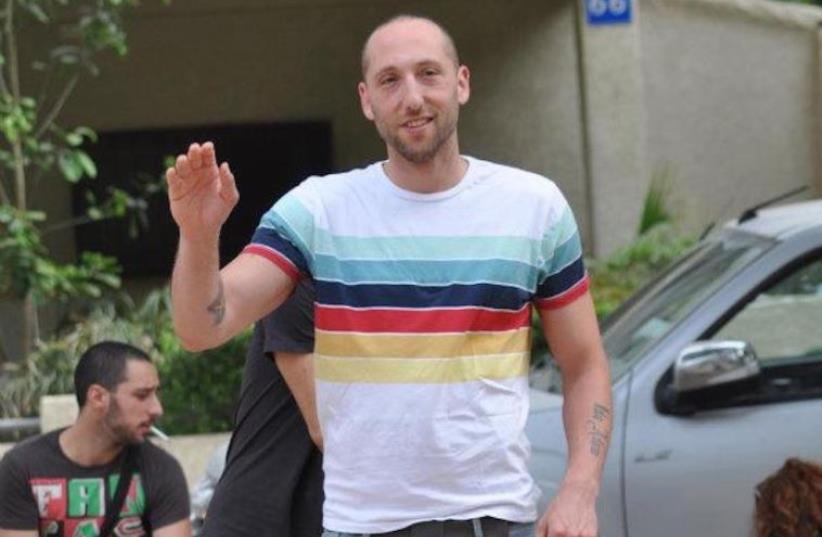 Gili Mosinzon
(photo credit: FACEBOOK)
Advertisement
A well-known professional basketball player from Israel said he is bisexual in a Facebook post that he dedicated to the State of Israel on Independence Day — a rare move in Israel sports.Gili Mosinzon, the 37-year-old small forward of Maccabi Bat Yam, published the post on Thursday, Israel’s 68th birthday. The text by Mosinzon, who is one of Israel’s best and most experienced pro ballers, triggered a buzz in Israeli media and on gossip sites, where he has appeared frequently with female partners.“I’ll start with this special and lovely morning, when the country’s celebration of independence synchronized wonderfully with my own sense of independence, of freedom,” wrote Mosinzon, whose late father, Yigal Mosinzon, was a celebrated author and playwright and laureate of the Prime Minister’s Prize for Authors, among other honors.“Having woken up straight into the independence celebrations of my beloved country, it seemed to me to make perfect sense to post a proud, revealing picture of my face on Atraf - a gay website,” Mosinzon wrote. “The site isn’t new to me. It’s only new to you.”In his 2,000-word coming out post, Mosinzon dished out scathing criticism of sports coaches who use homophobic language and managers and bosses whom he said do nothing to promote tolerance of gays in Israeli sports.“Many old-school coaches today still berate players for running like homos, or sissies,” he wrote. “That’s homophobia in 2016. Unless sports bosses apply an orderly program, sports homophobia will be here, unchanged, also in 2046,” wrote Mosinzon. Some gay athletes preferred committing suicide to coming out, he added.“In male professional sports, you can count the number of players who came out of the closet on one hand. Some killed themselves. Why? Ask the coaches, the chairmen and the audience why pro athletes don’t come out. I’ll tell you why. They’re afraid,” wrote Mosinzon, who said he was attracted to men from an early age.Comings out by top athletes are very rare in Israel. In 2013, Genia Dudodtzkin, a semi-professional volleyball player for Akko’s top team, said he was homosexual in an interview for a local newspaper, adding: “What I did could never happen in soccer or basketball because macho manliness is far stronger there.”Mosinzon wrote he received some negative reactions but also many positive ones.On Facebook, professional basketball coach Yossi Ben Akan wrote to Mosinzon about his coming out post: “Dear brother, I love you, you’re the most colorful, the wackiest guy I know. I’m glad you wrote about what was on your chest.” He added: “Stunning photo, you hunk.”