Lenskiy, who won the 100m final in the first day of the championships on Wednesday, needs to set a time of 23.20 seconds in order to qualify for Rio. 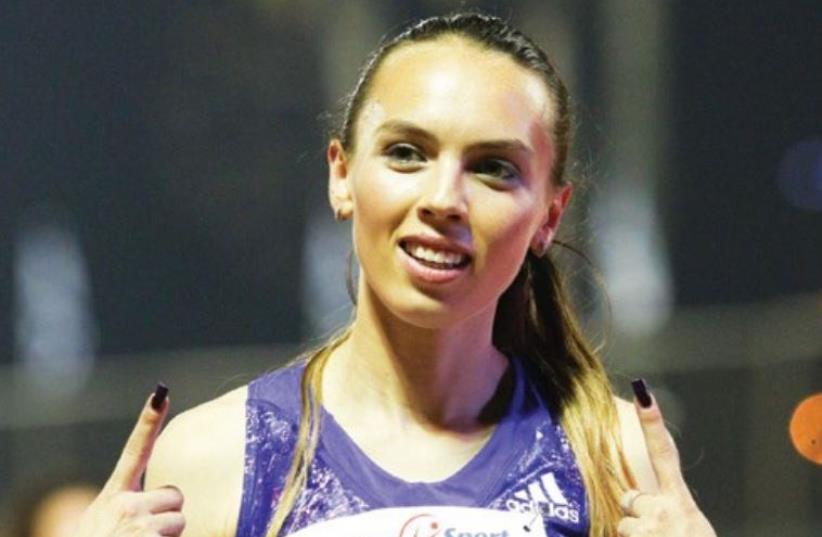 Olga Lenskiy came up short of booking her place at the Rio Olympics last night despite winning the women’s 200-meter final at the Israel Athletics Championships in Tel Aviv.
(photo credit: DANNY MARON)
Advertisement
Olga Lenskiy completed the women’s sprint double at the Israel Athletics Championships on Thursday after winning the 200-meter final, but she came up short in her attempt to book her place at the Rio Olympics, clocking a time of 23.61 seconds at Hadar Yosef Stadium in Tel Aviv.Lenskiy, who won the 100m final in the first day of the championships on Wednesday, needs to set a time of 23.20 seconds in order to qualify for Rio.Her final chance to do so will be at the European Championships in Amsterdam in two weeks.“This is disappointing, but I hope I can set the qualifying time at the European Championships,” said Lenskiy. “It won’t be easy, but I think I can do it.”Lenskiy, who was suspended in 2014 after missing a drug test, remained in an upbeat mood.“All of that is behind me and I’m only focused on the Olympics,” she added. “And if I don’t make it this time I’ll make it next time.”Ma’ayan Shahaf won the women’s high jump on Thursday after clearing 1.86m with her first attempt, but couldn’t come any closer to the Olympic qualifying height of 1.93m.“I didn’t really expect to jump that high today,” she said. “I’m really encouraged by my display and I can see that I’m capable of qualifying for Rio.”After missing out in 2012, Shahaf is not putting herself under too much pressure this time.“I’m looking at Rio as a bonus,” she explained. “I’m trying not to think of it at all.My goal is the upcoming European Championships and that is what I’m preparing for.”