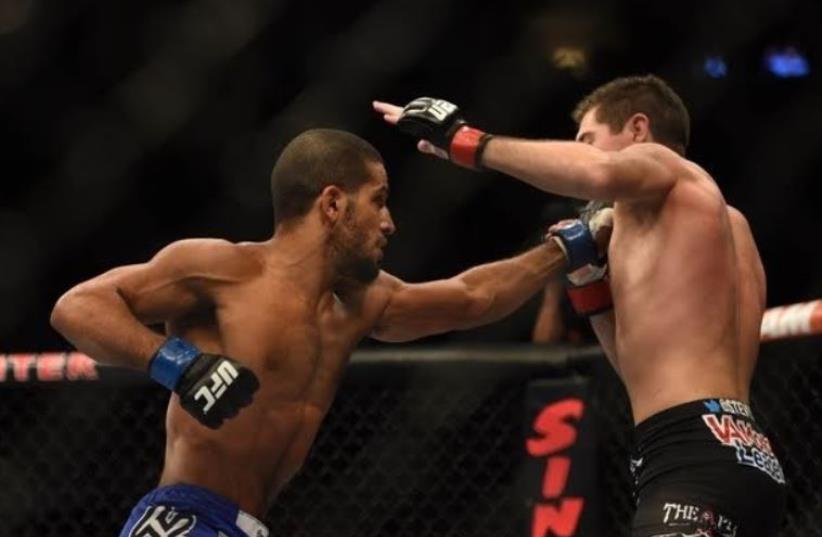 Noad Lahat (L)
(photo credit: FACEBOOK NOAD "NEO" LAHAT)
Advertisement
Israel's Noad Lahat will take on Chile's Diego Rivas in a featherweight match up on February 6 at UFC 196, aiming to improve to a 10-1 record.Lahat claimed his first ever UFC win by defeating Steven Siler in San Jose, California, in July of last year before returning home to make sure he will be available for reserve duty should he be called up due to Operation Protective Edge.Lahat, who is the UFC’s second Israeli-born fighter, lost his first fight four months previously, but has since claimed nine victories in a row. He defeated Niklas Backstrom in his most recent bout in June of this year.