"This is something that will have a big effect on my career," says Zubari. 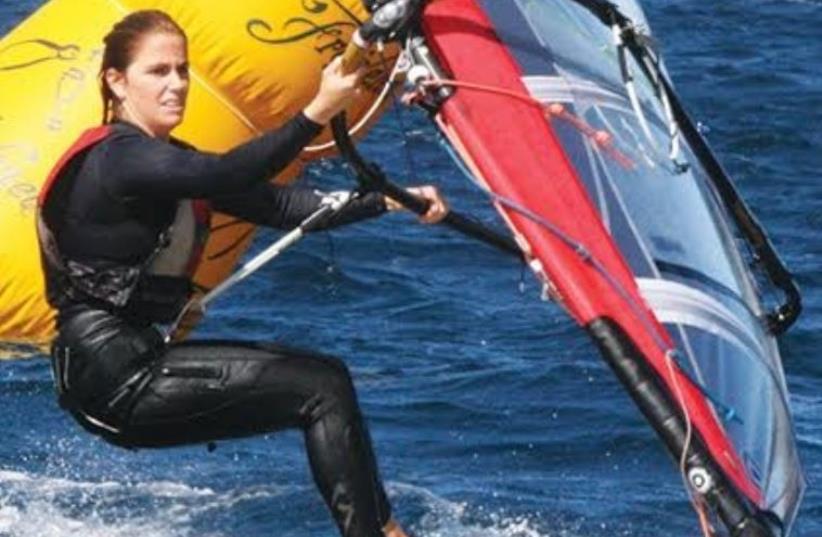 Ma'ayan Davidovich
(photo credit: COURTESY ISA)
Advertisement
The Israel Sailing Association announced on Thursday that it will not send a delegation to next week's windsurfing world championships in Oman, capping a saga that began with a local blunder and ended with accusations of anti-Semitism.Due to the security concerns raised by the Shin Bet (Israel Security Agency), which is responsible for the safety of Israeli national teams when competing abroad, the Israel Sailing Association (ISA) notified the organizers last week that it will not take part in the championships in the Muslim sultanate, resulting in the cancellation of the visas originally issued by Oman in July.The ISA backtracked a day later and decided  to send its three most senior surfers, Ma'ayan Davidovich, Shahar Zubari and Nimrod Mashiah. However, the organizers insisted they are unable to issue new visas so quickly and the three will have to watch the championships from afar.The ISA claimed that had the organizers really wanted the Israeli surfers to participate they would have managed to produce new visas in time for the start of the event on Monday. However, even if there is some truth to the ISA's accusations, it was its decision to declare that the delegation will not travel to Oman that opened the door for the cancellation of the original visas."In my mind it is inconceivable that an international sporting event like a world championships can take place with a certain country not being allowed to participate," said ISA chairman Gili Amir. "This contradicts the International Olympic Committee's rules, but it turns out that there are also issues connected with the safety of the athletes and that is the most important thing for us."Unfortunately, Oman didn't do enough so that Israeli surfers will be able to take part in the event and found different excuses," Amir added.Culture and Sport Minister Miri Regev blasted the organizers and labeled Oman as anti-Semitic, ignoring the part the ISA played in the turn of events and the fact the Israeli surfers were initially given visas in July.Thursday's news is a big blow for Davidovich, Zubari and Mashiah.Davidovich was aiming to claim her third straight medal at the Worlds, while Zubari and Mashiah are battling for Israel's lone berth at next summer's men's competition at the Rio Olympics. The world championships were supposed to be the fourth of five competitions which will decide who of the two will represent Israel in Brazil and the ISA plans to select another event in its place next week."This is very disappointing," said Zubari, who won a bronze medal at the 2008 Beijing Olympics. "After the association secured visas it made a reckless mistake by sending an e-mail announcing we will not participate, opening the door for the organizers to decide if we will participate or not. This is something that will have a big effect on my career."