Israelis busy in Mexico ahead of Davis Cup duel with Hungary

Julia Glushko is one of three Israeli players in action in Acapulco this week. 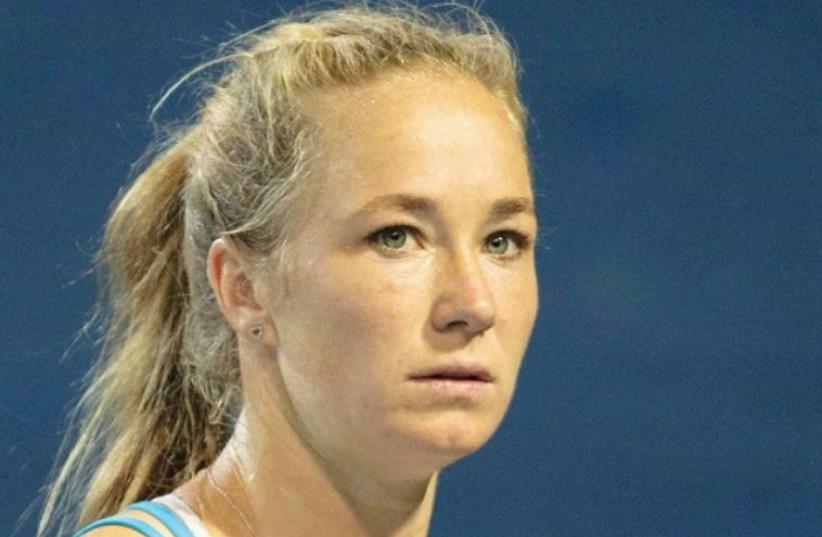 Israel’s No. 1 women's tennis player, Julia Glushko
(photo credit: NIR KEIDAR/ISRAEL TENNIS ASSOCIATION)
Advertisement
Julia Glushko finally registered her first main draw win of the year on the WTA Tour on Tuesday, advancing to the second round in Acapulco, Mexico, with a 6-4, 6-1 victory over Ana Sofia Sanchez of Mexico.Glushko, who dropped 22 places to No. 147 in the world earlier this week, came through two rounds of qualifiers to reach the main draw in Acapulco and made the most of being paired against the world No.317 wild card in the first round.She faced a far tougher challenge in the second round on Wednesday night, when she came up against world No. 25 Anastasia Pavlyuchenkova of Russia.Glushko is one of three Israeli players in action in Acapulco this week.Dudi Sela (90) was knocked out in the first round of the men’s singles tournament on Tuesday with a 6-2, 6-0 thrashing at the hands of American Sam Querrey (43) in a mere 51 minutes.Yoni Erlich and Colin Fleming faced Mate Pavic and Michael Venus in the first round of doubles on Wednesday in a repeat of the ATP final played in Marseille, France, over the weekend won by the latter duo.Sela and Erlich will also enjoy each other’s company next week when Israel’s Davis Cup team faces Hungary in Budapest in the first round of Europe/Africa Group I.Amir Weintraub and Edan Leshem were also named in Israel’s squad by captain Eyal Ran on Wedensday, with the Hungarians to be represented by Marton Fucsovics, Peter Nagy, Gabor Borsos and Levente Godry.“Every road tie on clay is difficult for us,” said Ran. “But I believe that our experience and the ability of the players to excel when they represent Israel will make the difference and allow us to return home with the win. This tie is very important for us as a win will mean we will host Slovakia in the second round in July.”A win over Slovakia will take Israel one step closer to a return to the World Group for the first time since 2012.