Athletics was the delegation’s most successful sport, with the Israelis winning 12 medals in the different competitions, one gold, six silvers and five bronzes. 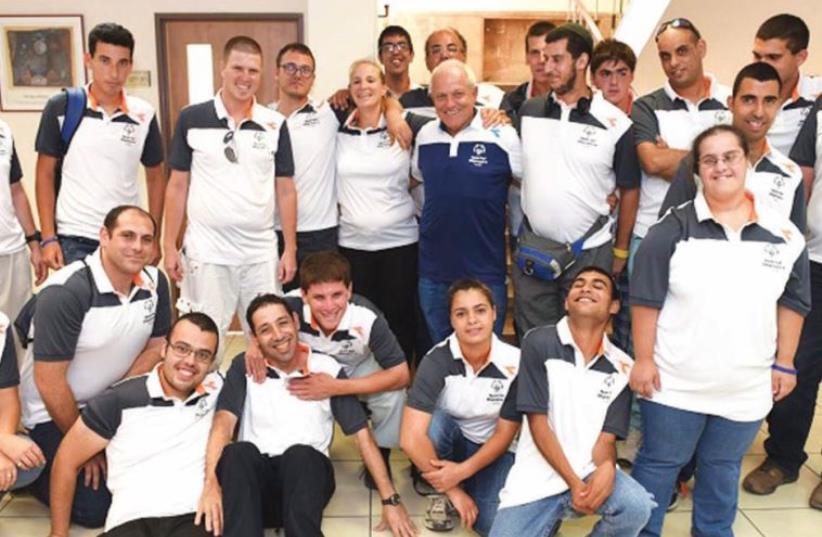 Members of Israel’s delegation to the Special Olympics World Games pose for a photo with Minister of Welfare and Social Services Haim Katz (center in blue) prior to their departure for Los Angeles
(photo credit: AVI HAYUN)
Advertisement
The 2015 Special Olympics World games came to a close in Los Angeles on Sunday night with an emotional ceremony.Israel’s delegation to the games will return home to a hero’s welcome on Tuesday after winning 61 medals over the past week in California. The Israelis claimed 25 golds, 18 silvers and 18 bronzes. Athletics was the delegation’s most successful sport, with the Israelis winning 12 medals in the different competitions, one gold, six silvers and five bronzes.Every two years, Special Olympics athletes come together to compete at the World games, with over 6,500 athletes from 165 countries descending upon Los Angeles this year. Athletes competed in25 different sports at venues throughout Los Angeles.Unlike other sporting events, Iranian athletes competed against the Israelis in the Special Olympics, with both delegations bonding throughout the event and discussing the political situation between their countries.Special Olympics is a global movement aimed at empowering people with intellectual disabilities to become accepted and valued members of their communities, which leads to a more respectful and inclusive society for all.Using sports as the catalyst and programming around health and education, Special Olympics is fighting inactivity, injustice and intolerance.