Dawson, who has repeatedly turned down offers to join local powerhouses Maccabi Tel Aviv and Hapoel Jerusalem will soon leave for the US once more to prepare for the training camp. 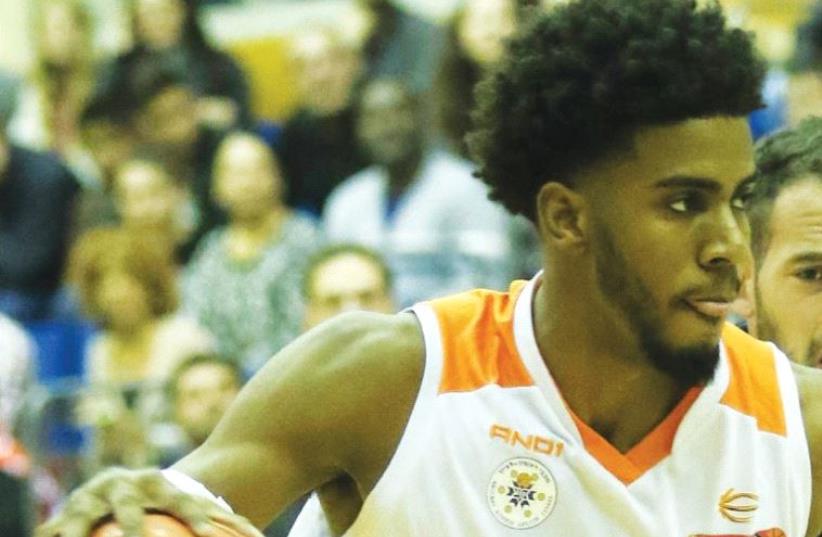 Shawn Dawson will take part in the New Orleans Pelicans’ training camp next month, with the Israeli guard hoping to receive a guaranteed contract in the NBA.
(photo credit: DANNY MARON)
Advertisement
Shawn Dawson is not giving up on his NBA dream. The 22-year-old Israeli guard will take part in the New Orleans Pelicans’ training camp in late September with the aim of receiving a minimum contract to become his country’s third-ever NBA player.Dawson was part of the Washington Wizards roster in the Las Vegas Summer League last month, but averaged just 4.8 points in 14.0 minutes over four games. The Maccabi Rishon Lezion star was nevertheless offered to join the team’s training camp, but turned it down knowing he had little chance of being handed a contract at the end of it.Dawson had until August 10 to notify Rishon Lezion if he has accepted an offer from the NBA. He told the club on Wednesday that he has signed a non-guaranteed minimum deal with the Pelicans. New Orleans will decide at the end of the camp, which will include two preseason games against the Houston Rockets in Shanghai and Beijing, whether to pick up their option for the entire 2016/17 season.“We wish Shawn success and hope he realizes his dream of playing in the best league in the world,” Rishon said in a statement. “If he doesn’t receive a guaranteed contract, Shawn will return for another season with Rishon.”Dawson is aiming to follow in the footsteps of Omri Casspi and Gal Mekel and become the third Israeli to play in the NBA after helping Rishon Lezion to an historic BSL championship last season.He scored 21 points in the final against Hapoel Jerusalem, continuing his steady progress since making his debut for Rishon as an 18-year-old. Dawson averaged 15.7 points (61% from two-point range, 36% from three), 6.0 rebounds, 3.0 assists and 2.0 steals last season, all career highs.Shawn is the son of former basketball player Joe Dawson, an Alabama native who first came to play in Israel in 1987 and stayed in the country after marrying Iris, Shawn’s mother, in 1992. Shawn was born one year later.Dawson, who has repeatedly turned down offers to join local powerhouses Maccabi Tel Aviv and Hapoel Jerusalem in favor of remaining at Rishon, will soon leave for the US once more to prepare for the training camp. He has already spent much of his summer in America.He initially arrived in the US just five days after winning the Israeli league title with Rishon. He spent two weeks working with a personal trainer in New York before working out for another week in Washington ahead of the Summer League.